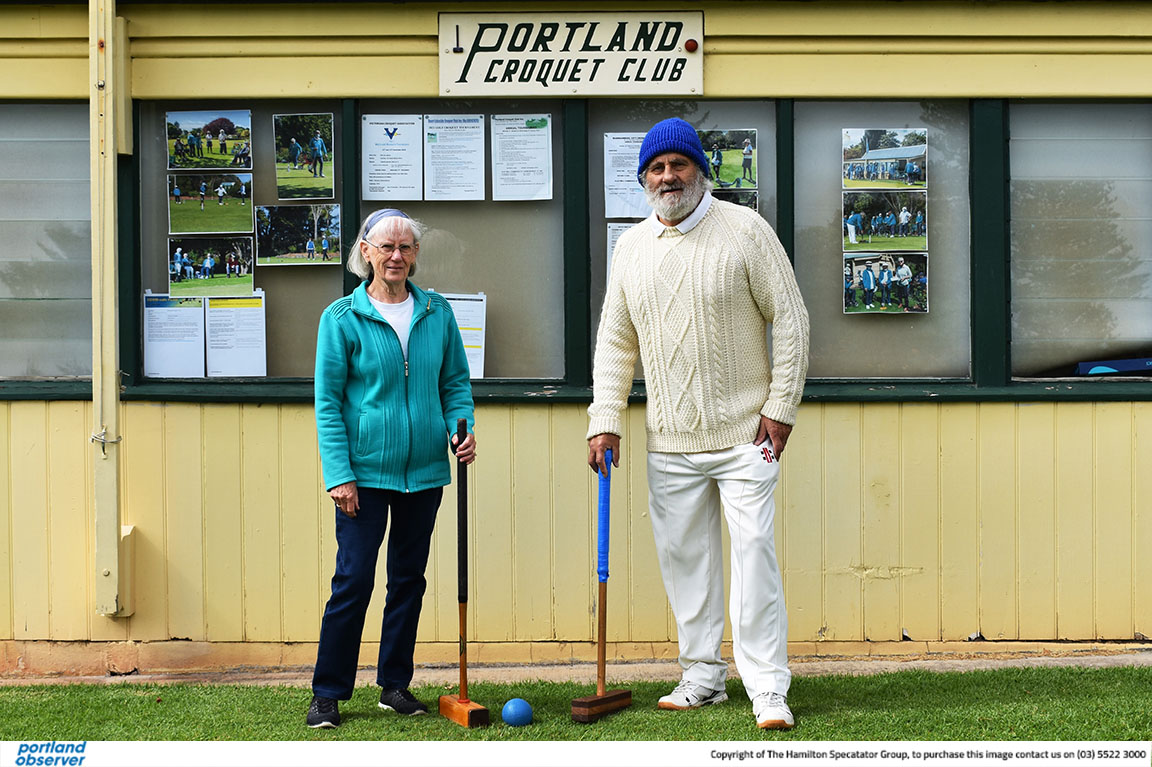 JAN Logan (division three winner) and John Murfett (division one golf winner) have plenty to be proud of after representing well at the South West Association Championships in Warrnambool. Picture: RANI KANE 201211rk01
By Rani Kane

THE Portland Croquet Club is celebrating some impressive victories at the South West Croquet Association Championships in Warrnambool.

The championships are usually held in April or May but due to the coronavirus pandemic they were unable to run, forcing them to be postponed until last weekend.

Portland to host the 2021 regions

Portland Croquet Club has been given the go ahead to host the 2021 regions in January next year with people travelling from across the area to compete.

Players from towns including Terang, Warrnambool, Hamilton and Koroit will venture to Portland to compete in the three-day long event.