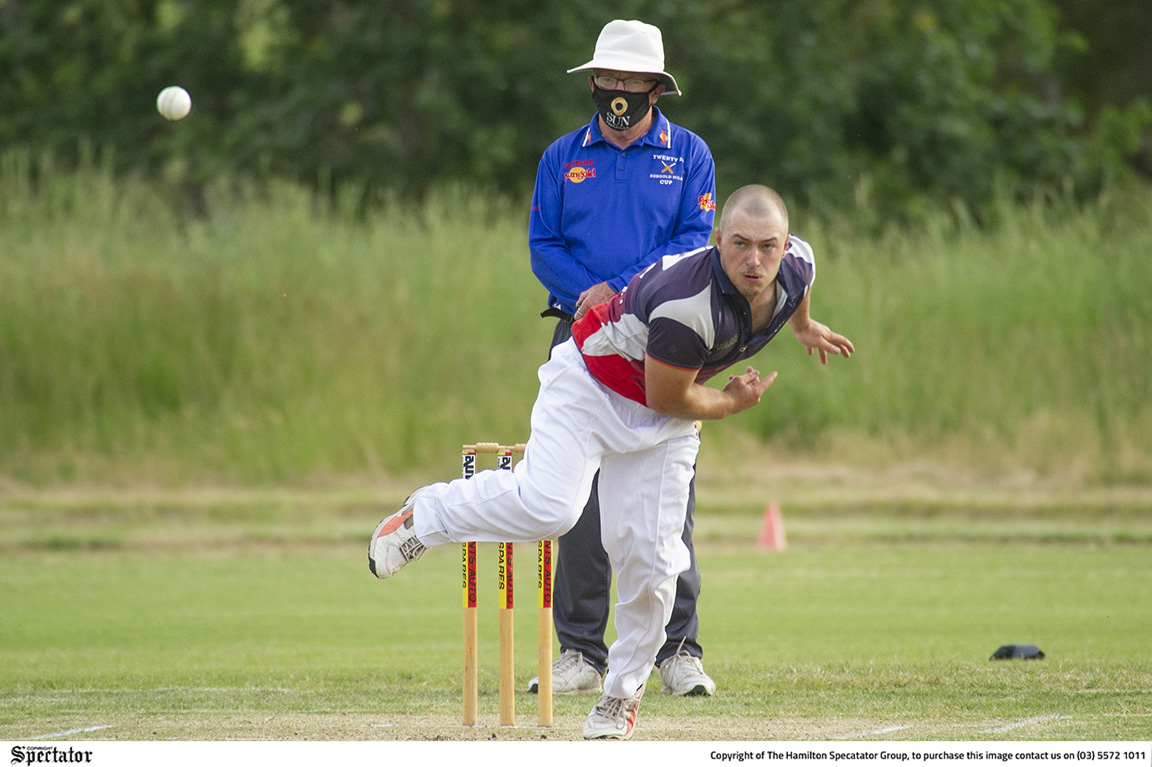 KYLE Smitten has been the shining light for the Demons with the ball, claiming 13 wickets. Photo: LAUREN HAY.
By Mitch Lang

AN unexpected win in its last game of 2020 has Macarthur clinging onto hope of making the Hamilton and District Cricket Association (HDCA) A grade finals.

Currently sitting in seventh position, the Demons have some work to do if they are to have a major impact on the season and it will take a couple of upset victories in the second half of the season to push into the top four.

Once again, Jeremy Sheehan has led a young team into a season of development as skipper and with some of the younger boys coming on this year, they have been able to show glimpses of how good they can be.

To date, the team has picked up two wins; the first was against the bottom-placed Byaduk and the other was an upset against Grampians.

Sheehan is hoping his team can continue its positive attitude moving forward and take some confidence out of its victory against the Pumas.