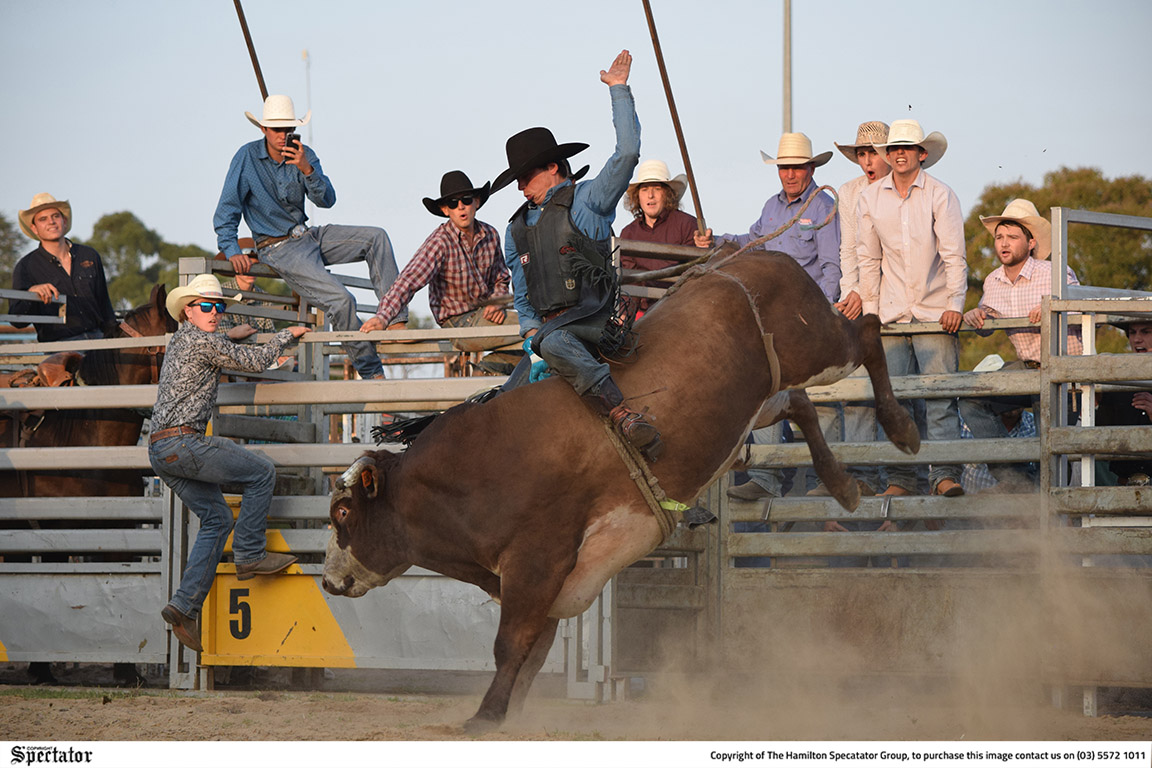 The club sent a team away to the annual Willowfest cricket carnival in Mildura from December 27-30.

It is the fifth time St Andrew’s have sent a side away to the tournament, having finished runner-up in its four previous campaigns.

Damien Logan captained the team which was made up of players spanning through the Drews’ A, B and C grade squads.

JULIUS BACK IN THE SADDLE – January 9

AFTER six months out of the racing world, former Hawkesdale local, Melissa Julius, has made a successful return to the saddle, riding three winners since Boxing Day.

Race one at Penshurst was when Julius made her return to the sport, riding Henry’s Reward.

Finishing fifth in a field of nine, the 28-year-old was pleased to be back in the saddle competitively, despite feeling the pressure of being back.

“I think I put some pressure on myself, especially at Penshurst,” she said.

ANOTHER successful Dartmoor Rodeo is in the history books with a massive crowd attending the event on Saturday night.

Organiser, Ryan Childs said he was happy with the crowd, possibly a third record crowd in as many years.

“It was a massive crowd, I reckon it would have to be the biggest crowd we’ve had, there was around 3000 there,” he said.

“The crowd was really good.”

With plenty of action for the crowd to enjoy, Childs said it was once again the bull riding that proved to be the highlight.

“Obviously the main highlight is the Open Bull Ride, all the stock bucked really well from what I saw,” he said.

“Overall it was a very successful, and we will start planning the next one soon.