Casterton District on the edge of top four 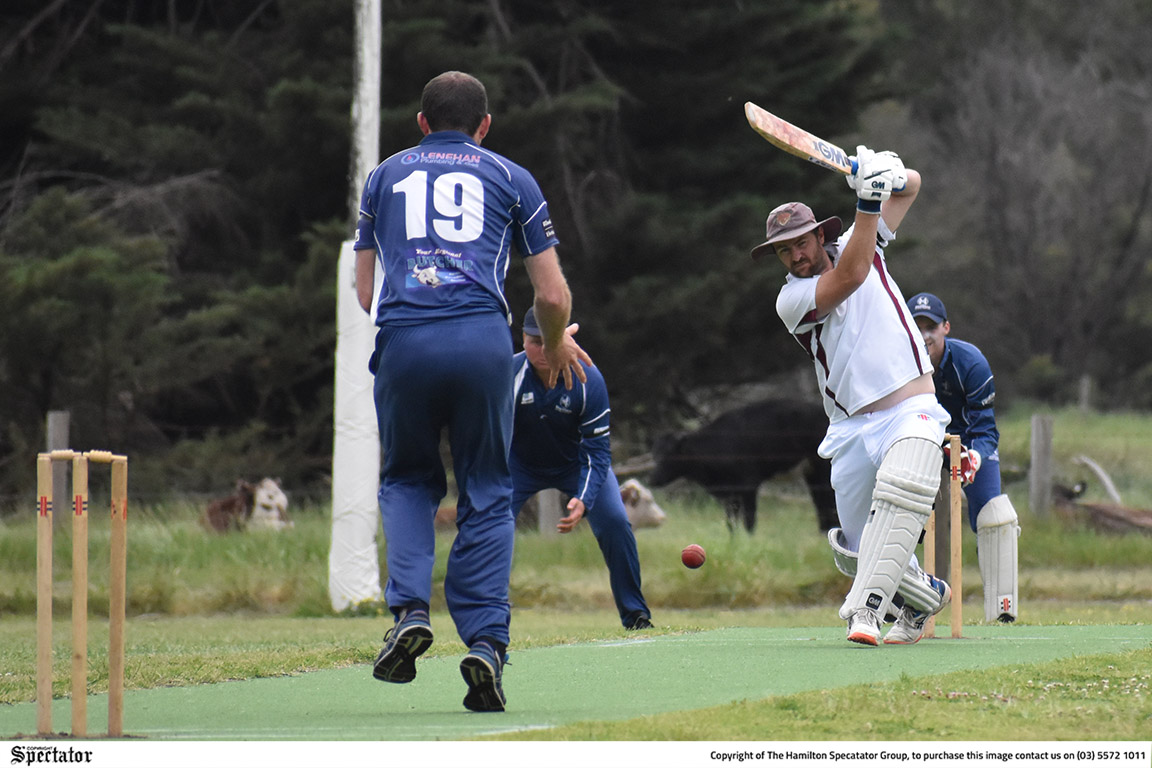 RICK Killey has been the standout with the bat, scoring 216 runs in the first seven rounds for Casterton District. Photo: CASTERTON NEWS.
By Mitch Lang

SEVEN rounds in and Casterton District is positioned to attack a top four spot after the Christmas break, currently in sixth.

With the Hamilton and District Cricket Association (HDCA) A grade ladder being so tight this season, the Maroons are grasping onto finals hopes.

Currently two wins outside the top four, captain Kane Forbes and his team have one goal in mind and that is to play the club’s second A grade semi-final since joining the HDCA.

The past couple of years have been difficult for the Maroons, but 2020-21 has shown their depth receive some support and in turn has resulted in more competitive games.

“The extra depth I think has really helped.

“It means we can pick players more on performance and match-ups, rather than just availability.