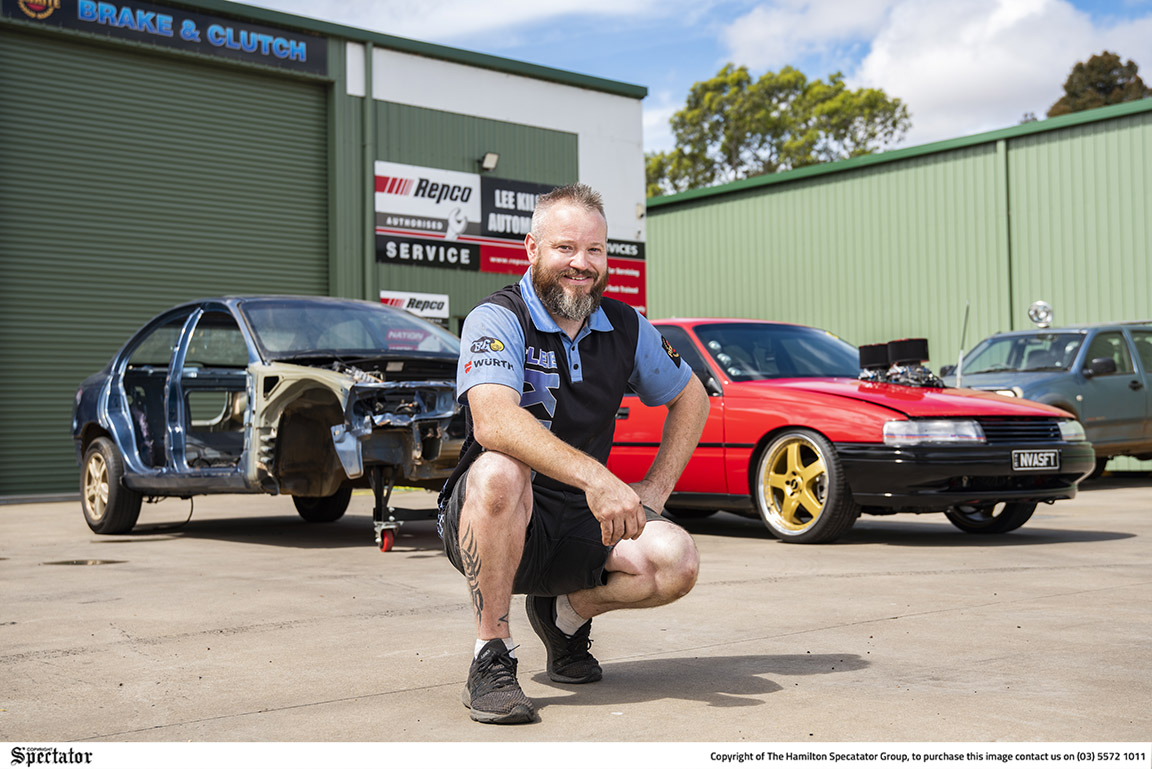 AFTER nearly 20 years of competing in burnout competitions, Lee Killen is looking for a new challenge.

A return to the speedway track is on the radar after he trialled a car earlier this month at Western Speedway, returning to his motorsport roots.

The constant travel and time off work contributed to the decision, as well as the financial costs associated with burnouts.

“I will probably put burnouts on hold for a bit,” he said.

“I will probably still go to Casterton for the once-a-year event over there, just coz it is the only one in Australia is on the streets and it is local and a great event.

“It is just too expensive, new tyres, hundreds of litres of fuel and that is if you don’t break anything.”

Killen has competed in burnouts for “about 16 or 17 years” and was looking forward to more bang for his buck on a speedway track.

The 37-year-old said his family was also embracing the change of pace.