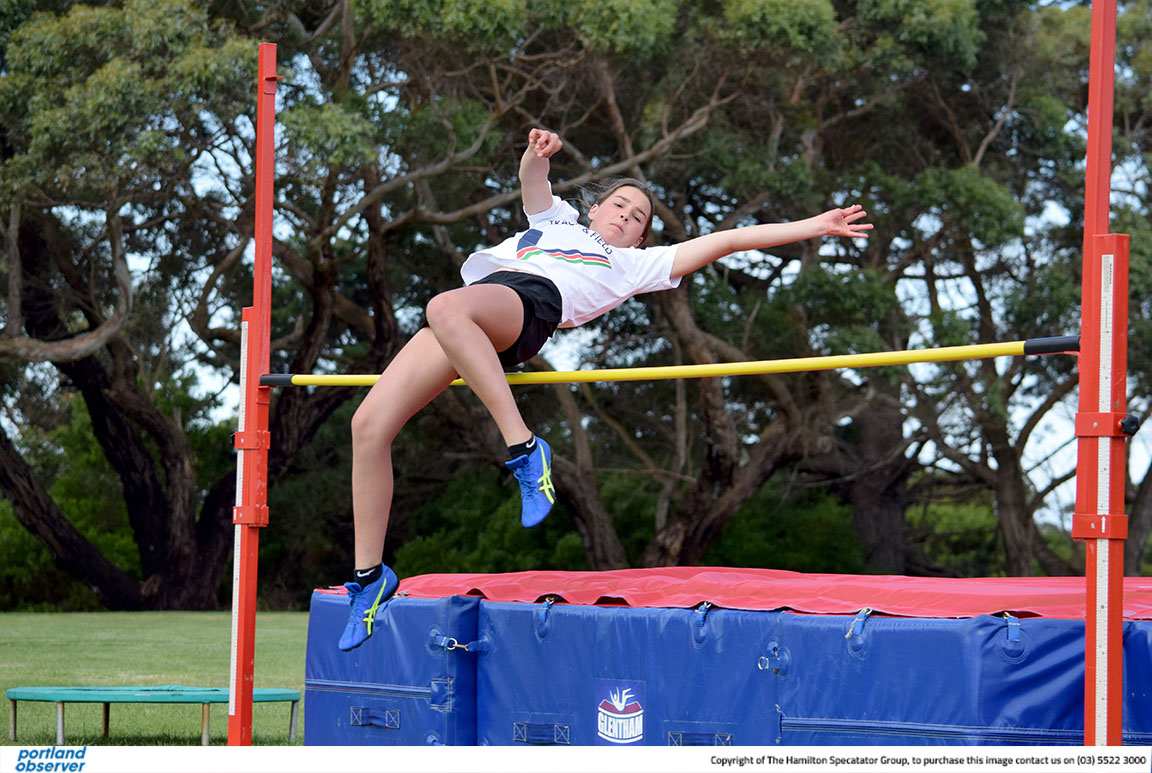 In his time as a junior competitor, Cooter managed to set 10 Victorian athletics record, including the record for under-12 boys high jump which remains unbeaten to this day at 1.67 metres.

As a member of Portland’s Little Athletics Centre, he holds 37 active records. Across those years, Cooter set records in the long jump, triple jump and high jump, as well as at running distances of 70-metres, 100-metres, 200-metres, 400-metres and hurdles records of 80-metres.

On Saturday afternoon, Cooter joined 12 of Portland’s current junior athletes for a junior coaching session aimed at improving their performances in the areas he most excelled at, running, hurdles and jumping.