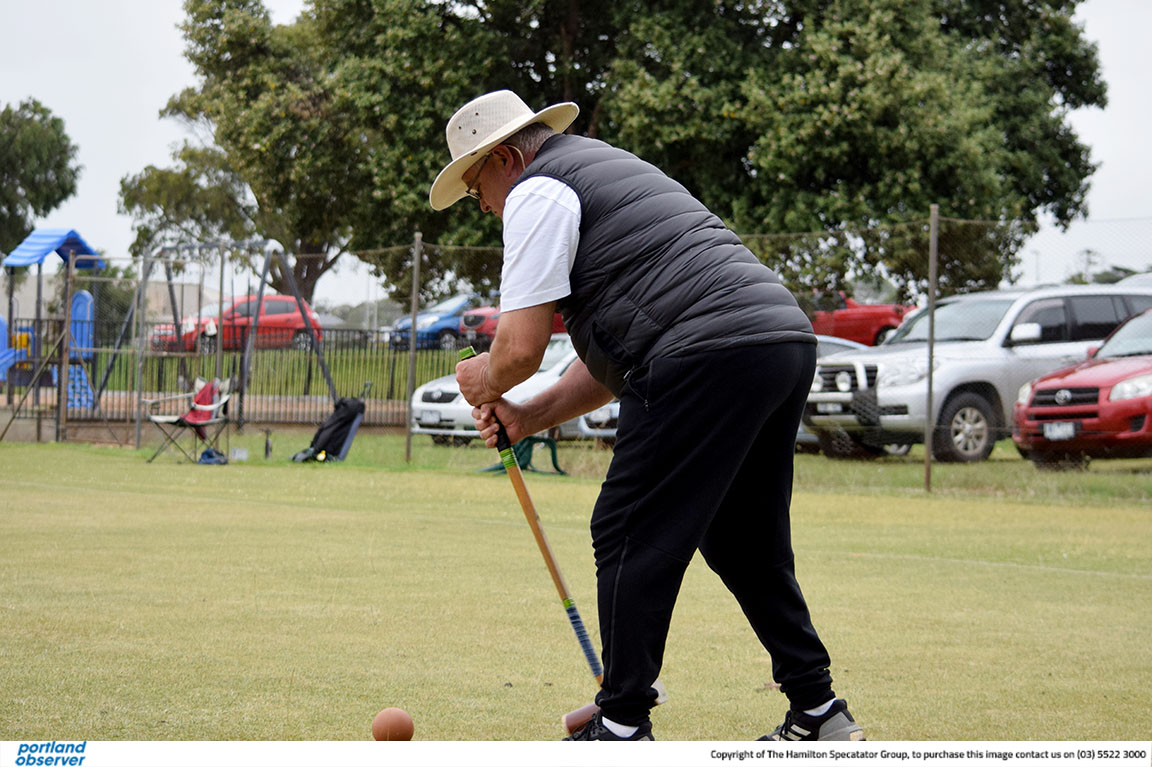 THE Portland Croquet Club’s annual tournament has once again been a success.

Held from Monday until Wednesday this week and set at the picturesque Portland Botanic Gardens, the tournament featured a good turnout of 26 players across four divisions.

It is the start of a big year for the club, with the Victorian regional tournament due to be hosted here in April, amid the COVID-19 pandemic which has affected sport worldwide.

This has proved to be only a minor inconvenience to the sport in Portland, however, as the club’s annual tournament has attracted visitors from all across the state and even from as far away as Murray Bridge, South Australia.

One such visitor, Geoffrey Wheaton of Murray Bridge Croquet Club, says he likes coming to Portland and is eager to play in more tournaments.

“It’s a bit like a holiday really,” he says.

“It’s good coming here because I’m playing in another state so I’m playing against players I’ve never played against before… It makes it really interesting.”

Wheaton, who also plays regularly at clubs in Adelaide, says the standard of the Portland competition is quite high.

“I think (the competition standard) is pretty good. I’ve won one game and lost one (so far),” he said during a break in play on Tuesday.

The club is using two greens inside the Botanic Gardens proper, and another two on the neighbouring Henty Park lawn tennis courts for their annual tournament.

Come April, the club will have to open at least another four on the tennis courts for the regional tournament.

While it may be expected that a tournament that draws players from such a large area would suffer given current events, competition organiser Meg Gallpen says numbers have not suffered.

“Not really,” she replies when asked if the coronavirus has affected participation in the event.

“(They) come from Ballarat, Bendigo, Geelong, Melbourne; from two or three different clubs in Geelong and Melbourne.”

Not as many visitors came from South Australia, however.

While there have been quite a few in recent years, this year only Wheaton made the journey across the border, which is not unexpected considering the rapid changing of border restrictions during the past year.

Given all that has happened, the Portland Croquet Club is going strong.