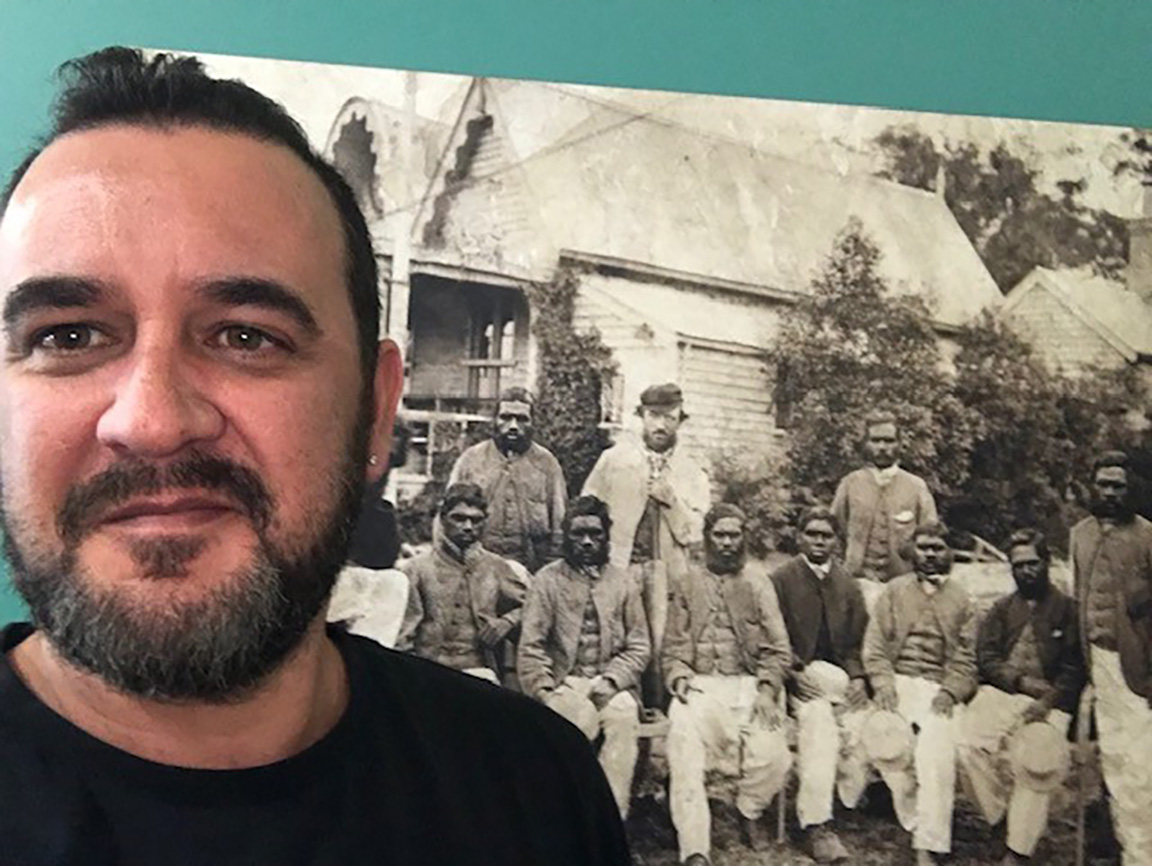 ASHLEY Couzens in front of the photo of the team who travelled to England in 1868, including his great-great-great grandfather, Johnny Cuzens. Photo: SUPPLIED.
By Adam Hill

AS Johnny Mullagh takes his place in the Australian Cricket Hall of Fame, a descendant of Mullagh’s teammate, Johnny Cuzens, hoped the increased awareness of the team would lead to more positive breakthroughs.

Ashley Couzens, Cuzens’ great-great-great grandson, has urged the government to do more to return artefacts still in England from the famous 1868 tour, in which a team of indigenous cricketers toured, playing 47 matches and also putting on cultural shows for the English crowds.

“It is time that us as traditional owners need to start having serious conversations with the State Government about the artefacts that are still at Lords,” he said.

“Reconciliation in its truest sense would also include that.

“They need to be returned to the native lands.”