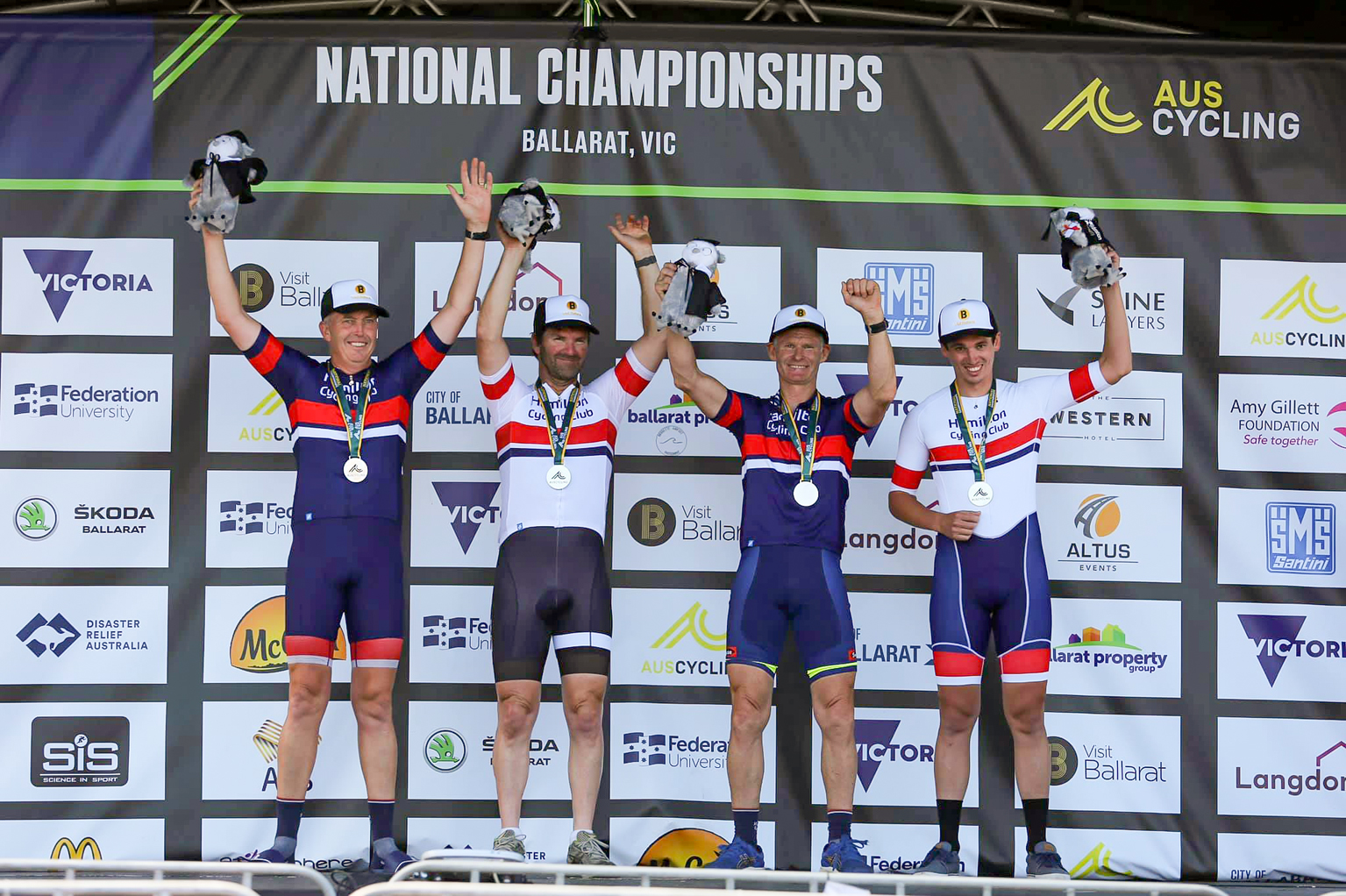 LOCAL cyclists tested their skills at the Australian Cycling Road National Championships (ACNC) at Ballarat on the weekend with mixed success.

Bast, Kennett, Garfoot and Eichler all competed as a team in the Men’s 120 Team Criterium.

The club took a team down to compete in the same event last year but had little success against strong teams from metropolitan areas.