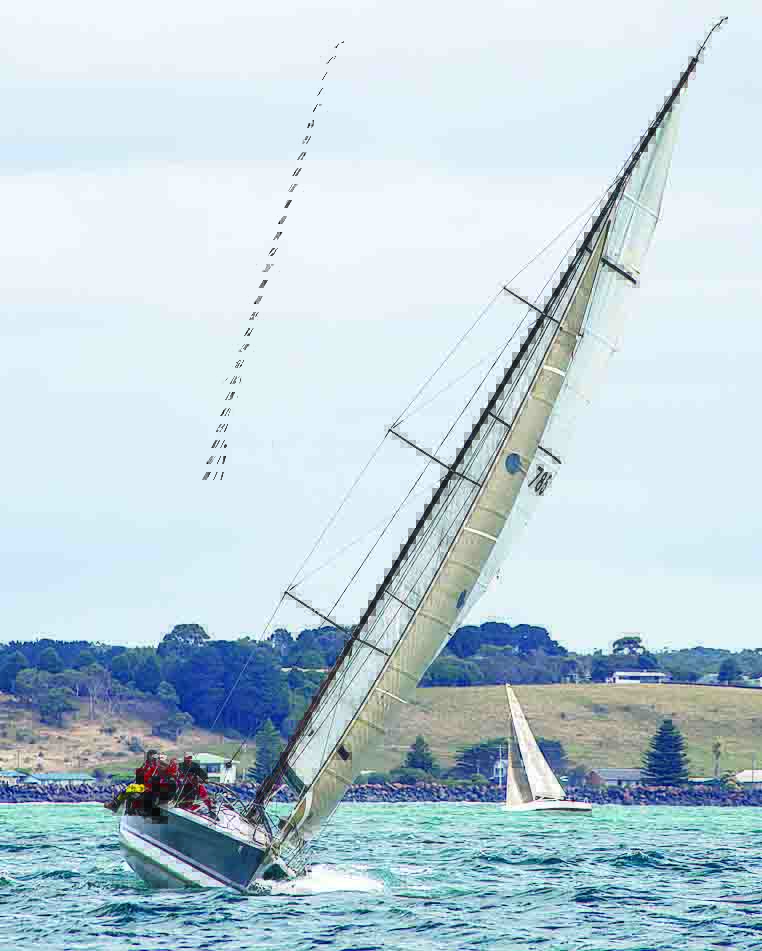 PORTLAND Bay was once again filled with white sails last weekend, when sailors from all around Victoria’s south west gathered to compete in the Portland Yacht Club’s Regional Regatta.
Nearly 30 boats made the trip, coming from Colac, Port Fairy, Stawell, Horsham and Warrnambool yacht clubs.
This made up about 60 competitors in Portland for the weekend, and there were about 80 people at the Yacht Club enjoying a meal on Saturday night.
Four keelboats raced across from Port Fairy on Friday night, as a ‘Port Fairy to Portland Yacht race’.
The race took five and a half hours, and conditions were inconsistent, perhaps a harbinger of the conditions for the regatta proper over the weekend.
Running Wild, of Port Fairy Yacht Club, led for most of the race before being overtaken by the other three boats with not long to go.
All three other boats finished within five minutes of each other.
For the main races on the weekend, conditions were just good enough for racing.
Winds of up to 20 knots made the sailing difficult, and the club were perhaps lucky to get all three races done.
Sailing is probably one of the most weather-dependent sports on the planet, and conditions that are either not windy enough or too windy are the bane of competitive yachting.
Fortunately, results were obtained for all five categories of racing, including the junior category, which was won by Portland’s own Annabel O’Toole, sailing Samarang. Annabel is also hoping to compete in the state titles for her type of boat, the minnow.
The winner of the Division 1 category was Running Wild, Division 3 was Wahoo, Division 4 was Pacer 2 and Division 5 was LIQUID LIMO.
The regatta was bolstered by an increased number of women racing, compared to what is normally seen at events such as this one.
The Portland Yacht Club have been hosting a SheSails sailing program, designed to increase female participation in what has historically been a male-dominated sport.
Four women who completed that program competed in the regatta over the weekend, in what is a big boost to the club, and they join the already healthy numbers of women participating in the club’s activities.
Portland Yacht Club Commodore Mick Doherty was pleased with the weekend’s racing.
“It’s promising to see (people who have participated in) our women’s sailing program and also our juniors sailing program progress through to regattas and looking to do some bigger events.
“It was great to come together as a sport after such a long break.”