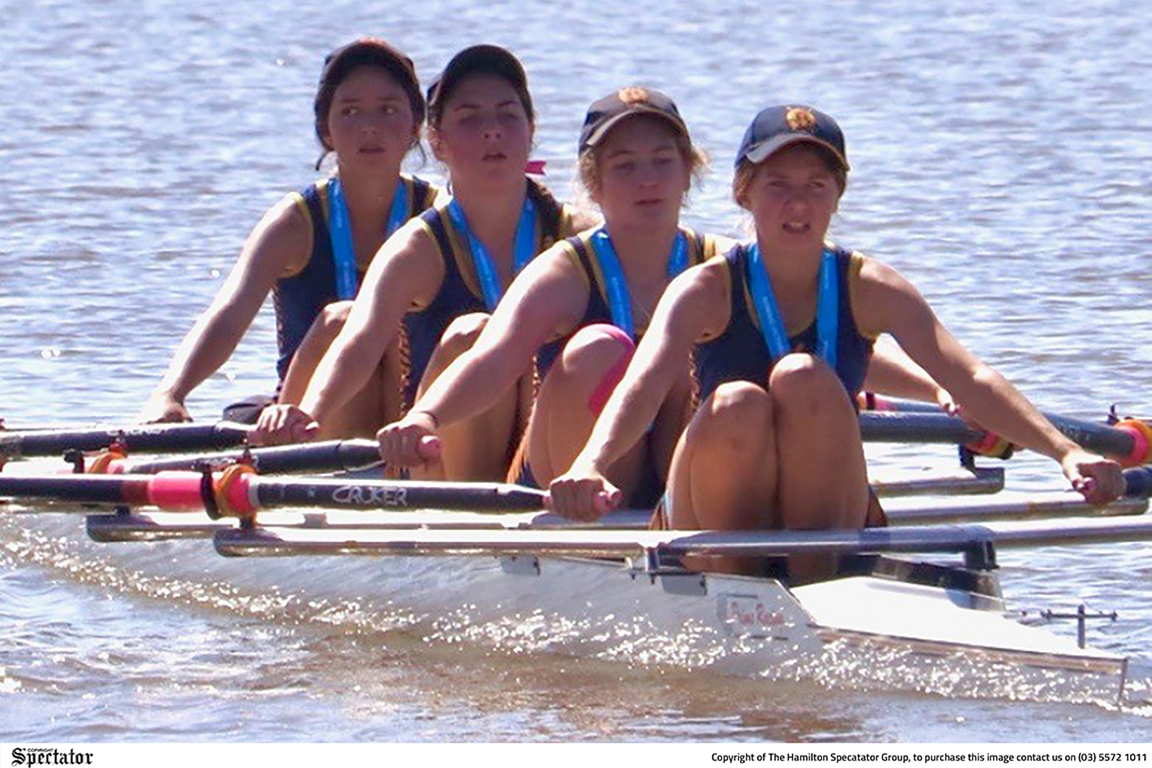 HAMILTON and Alexandra College’s rowing team descended with 1700 other competitors on Nagambie Lake for the 2021 Rowing Victoria Senior State Championships.

In a tough two-kilometre heat against Strathcona, Lauriston Girls’ and Melbourne Girls College, the crew of Poppy Austin, Marni Covill, Jordy Brown, Lucy Roberts with cox, Arabella Edgar, pursued a place in the final, with a second-place heat finish behind Melbourne.

Coach Simon Ross said he was happy with their heat row.