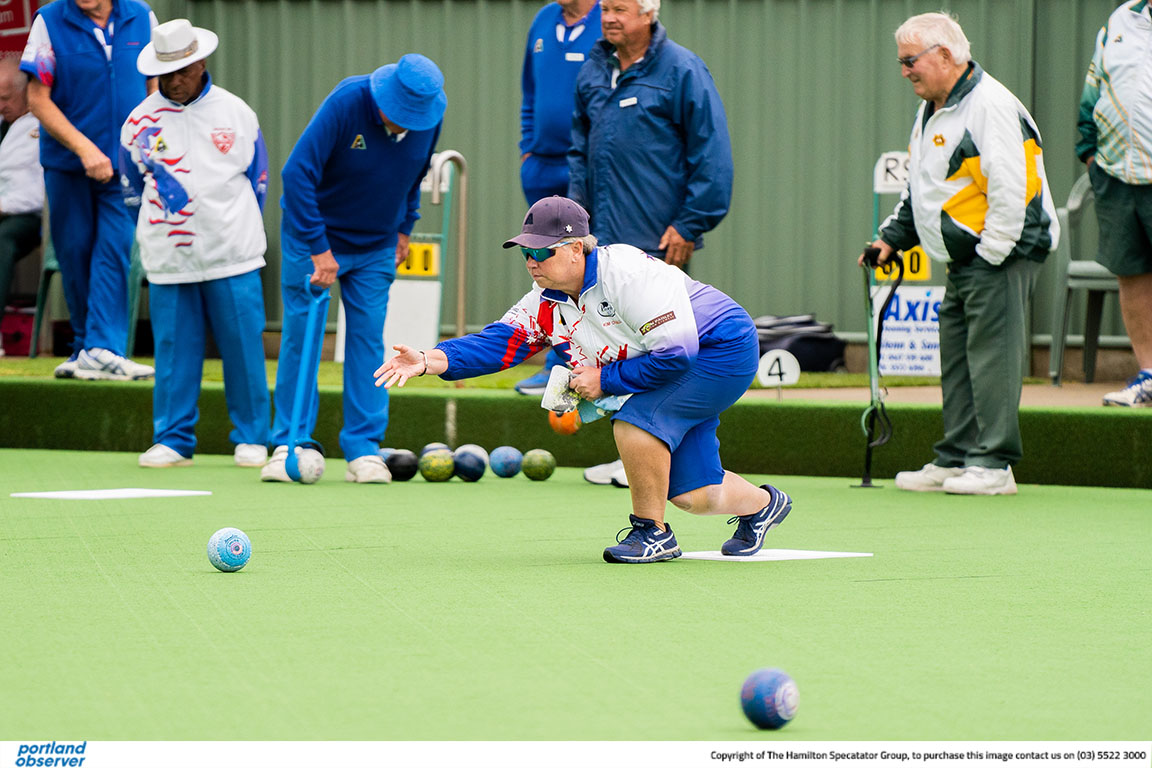 PORTLAND’S RSL Memorial Bowling Club came close to a fairy tale finish to the Weekend Pennant season on Saturday after winning two out of the three grand finals.

Not to be put off by the conditions at Heywood, RSL Memorial’s division one team set out on a mission right from the first bowl put down for the day, winning five of the first six ends played.

Their dogged determinedness made very little room for the Hamilton opposition to press their weight with final scores a resounding 70 to 41 in the favour of RSL Memorial.

Shane Martin set the tone right from the start as leader for Ken Evans and team, whilst Ken Woolley held the charm over his bowls deliveries for the entire day. Mid-term scores were 19 to 4, RSL’s way.

Evans and Jim Scott ensured the tally kept compiling in a steadfast manner for the duration of the game.

Nearby on rink two the storyline was following a similar plot for Des Pitts and team. Ian Grayson had his head down focusing on developing a steady rhythm of lead bowls, whilst Chris Elford and Greg Hoggan kept responding to their skip’s requests with a high rate of success.

At break the scores were Memorial’s way 17 to 7. The interval did not interfere with the delivery of bowls from the RSL team with final scores on the card 23 to 14.

On rink three Graeme Solly and team had developed an early lead with some great bowls being delivered, however Hamilton was proving to be a bit sticky prior to the break with scores becoming close.

Prior to the break the team members were stepping up and producing the goods on different occasions, but ultimately the combination of Kim Overall, Chris Fleming and Tom Englezos gelled and their momentum held the oppositions run. All responded well to Solly’s skippering and produced a win of 20 to 15.