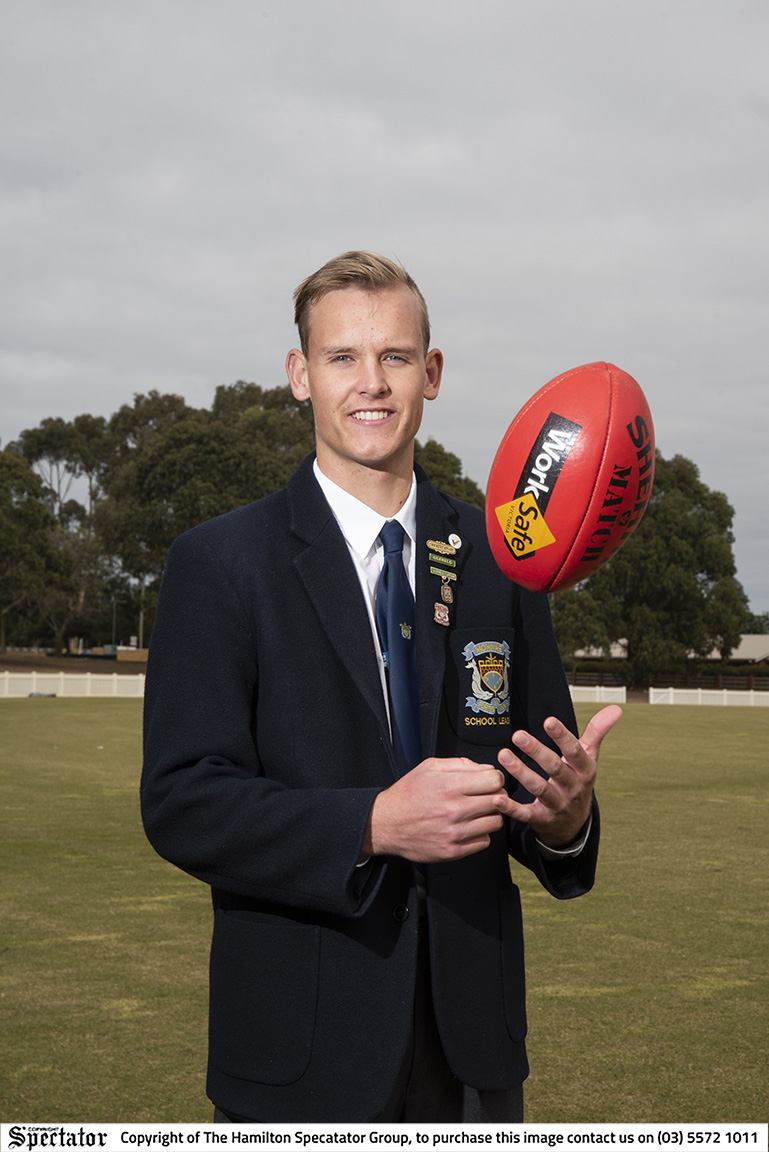 VINCENT Huf was selected in the Under-17 Victoria Country squad and has hopes of gaining a spot in the final team for the national championships in July. Photo: LAUREN HAY.
By Mitch Lang

VINCENT Huf again finds himself in the state selection process after being selected to trial for the Under-17 Victoria Country football team.

Being a part of the Under-17 Greater Western Victorian Rebels program held Huf in good stead to be selected for the Victoria Country squad and his early season from warranted it.

The Hamilton Kangaroos junior is one of seven Rebels players to be selected in the initial Victoria Country squad and the acknowledgement came as a huge surprise.

“It’s definitely a shock to be selected,” Huf told The Spectator.

“It wasn’t a goal I had in mind, especially after not being able to complete a preseason.\