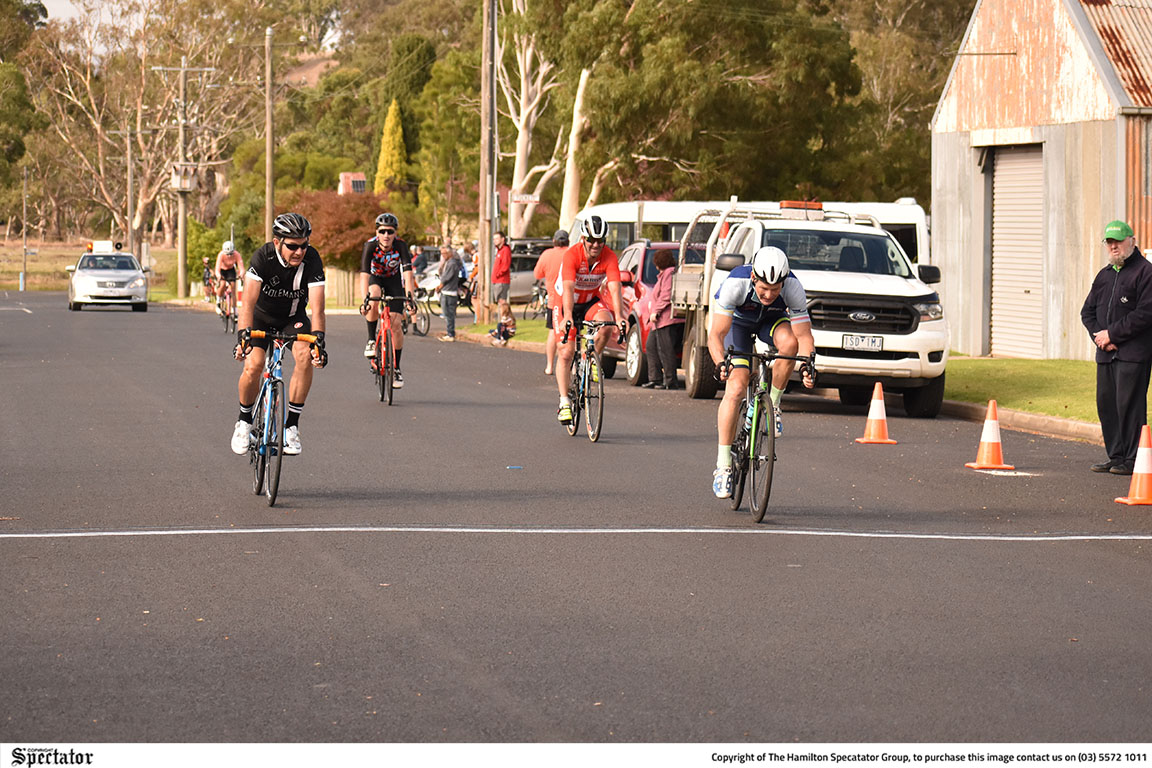 ROHAN Garfoot (right) was part of a strong local contingent who performed well during Wal’s Weekend of Cycling in Casterton. Photo: CASTERTON NEWS.
By Kristy McDonald

RECORD times and record entries saw the 75th anniversary of the Wal’s Weekend of Cycling celebrated in style at the weekend.

Setting a new record time for the Wal Smith Memorial Casterton 50 in 2019, Australian Commonwealth medallist and 2021 Tokyo Olympics team member, Sam Welsford, returned to town for another trip around the Casterton-Dunrobin-Digby track, with astonishing results.

“When (Welsford) broke that record, riding 1.51-something, we never thought it would be beaten again, certainly not in my lifetime, but then he came out and took something like eight minutes off that at the weekend … it’s just astonishing,” Wal Smith Foundation chairman, Tom Smith said.