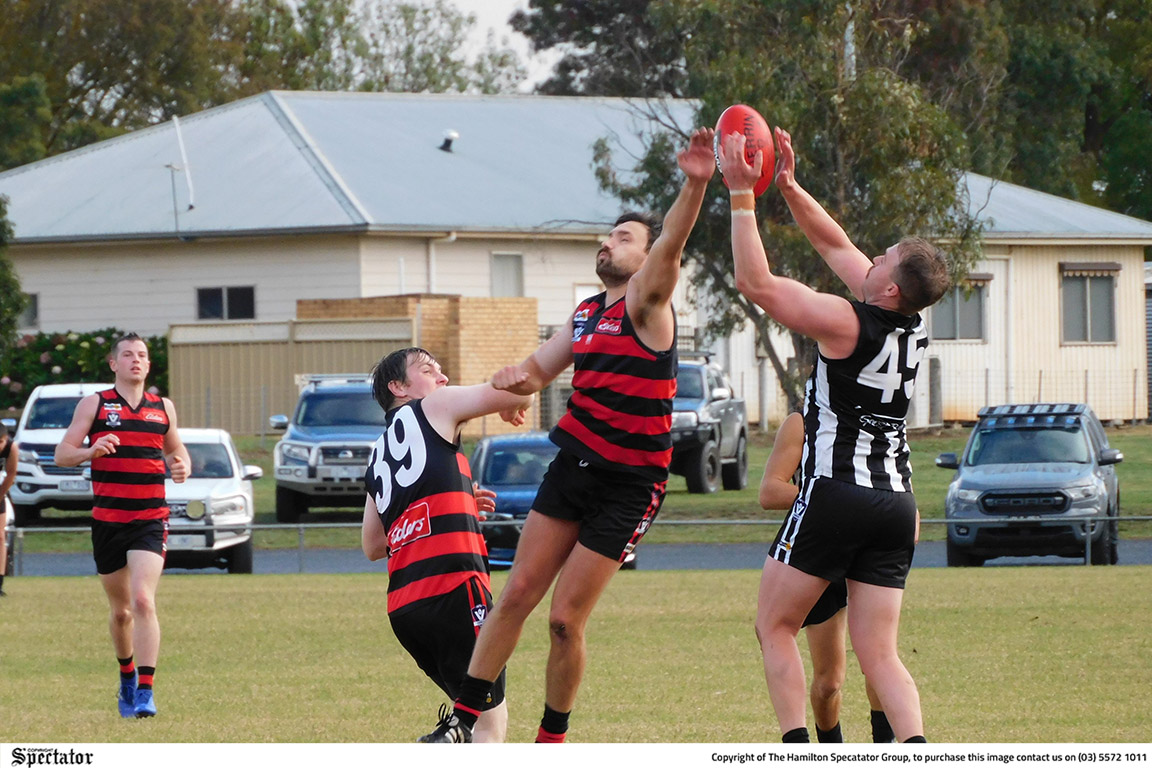 PENSHURST’S Sam Weston was impressive in defence for the bombers, impacting several contests and being named in the Bombers’ best players. Photo: TRACEY KRUGER.
By Mitch Lang

PENSHURST is on the MDFL winners list for the first time in 2021, defeating Wickliffe-Lake Bolac by 28 points at Lake Bolac on Saturday.

The Bombers set the tone away from home in the first quarter, hitting the score board on eight occasions.

Despite only three of the eight scoring shots being goals, Penshurst opened up a 15-point quarter time gap and was well placed to attack after the break.

The second quarter was an arm wrestle, as the Magpies showed some fight and hit the scoreboard.

While the visitors had to be wary in defence, they made good use of their scoring shots, kicking three goals.