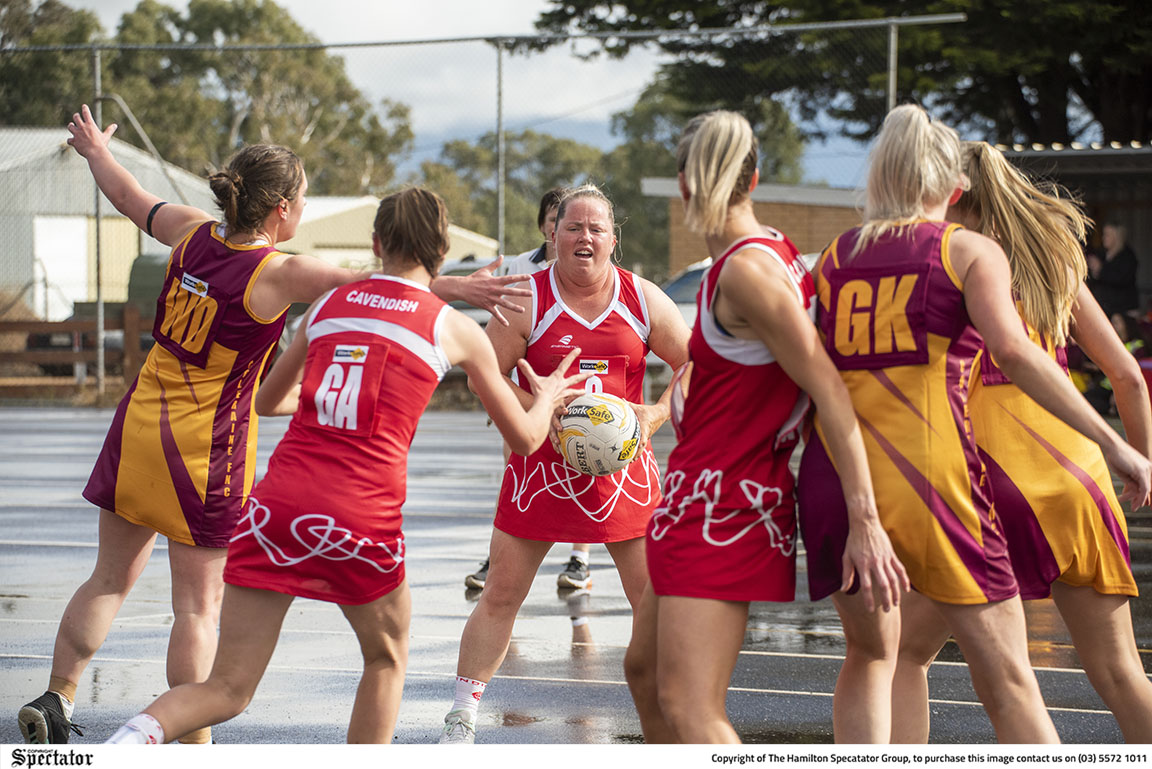 STACEY Stewart looks for a passing option during the Bloods’ clash against Coleraine. Photo: LAUREN HAY.
By Thomas Drew

TYRENDARRA got its South West District Football Netball League A grade season off to a positive, if bumpy, start on Saturday, holding off a determined Heywood for a five-goal victory.

A wet first half made the game slippery, with players struggling to keep hold of the ball and feet slipping across the court.

Tyrendarra’s fast ball movement held it in good stead, but Heywood was just as good, and it was partly due to the pinpoint shooting of Eliza Alexander that Tyrendarra were able to hold a lead for most of the game.

A good shooter is always an advantage, and Heywood was simply not able to combat or counteract it.

The Darras led at every break, and had a firm hold on most of the game, but never had enough of a lead to put the game to bed.