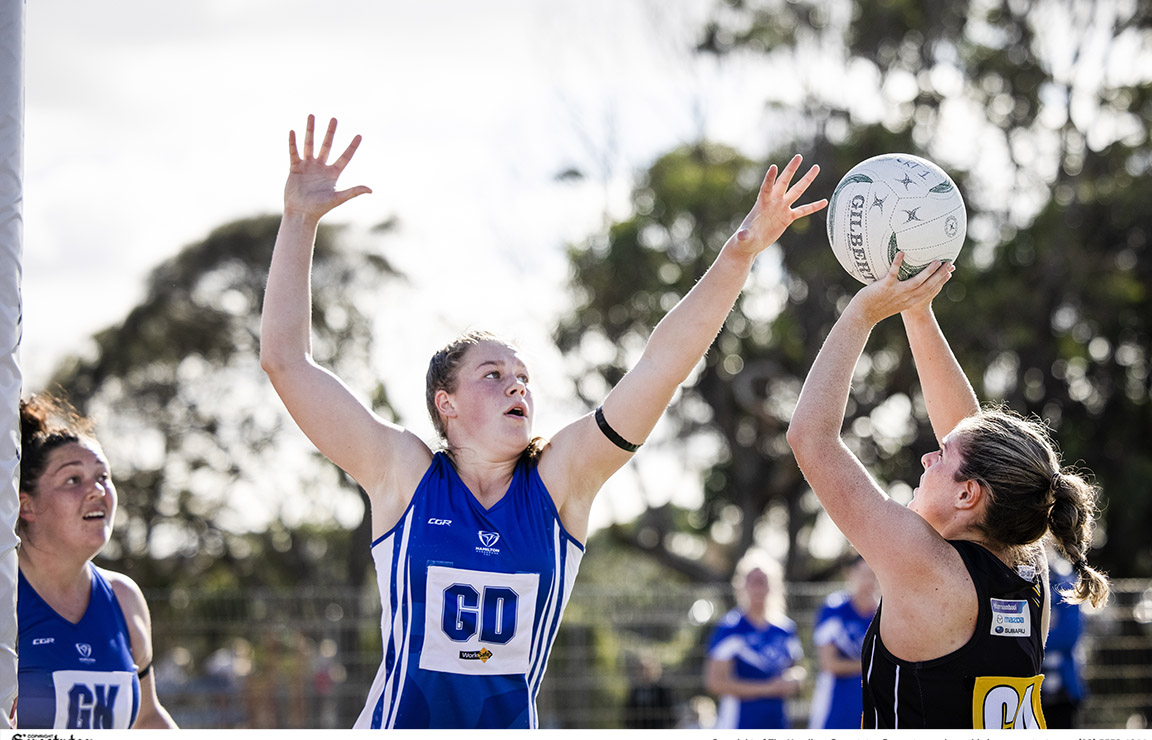 JEDAH Huf defends for the Kangaroos during their Anzac Day clash against Portland. Photo: NICOLE CLEARY.
By Mitch Lang

The Tigers hit the ground running early, nailing the first three goals of the contest, and from that point onward refused to let go of the advantage, nailing 17 goals to 10 in the opening quarter.

The Kangaroos’ slow start made it hard to combat the aggressive ball movement of the home team.

Still maintaining that seven-goal buffer the Tigers made some changes halfway through the second quarter, with young gun Heidi Jones taking on a shooting role while Maddie Stone was held at wing attack, leaving Katie Zeunert and Karina Thorpe to lock down the defensive end.