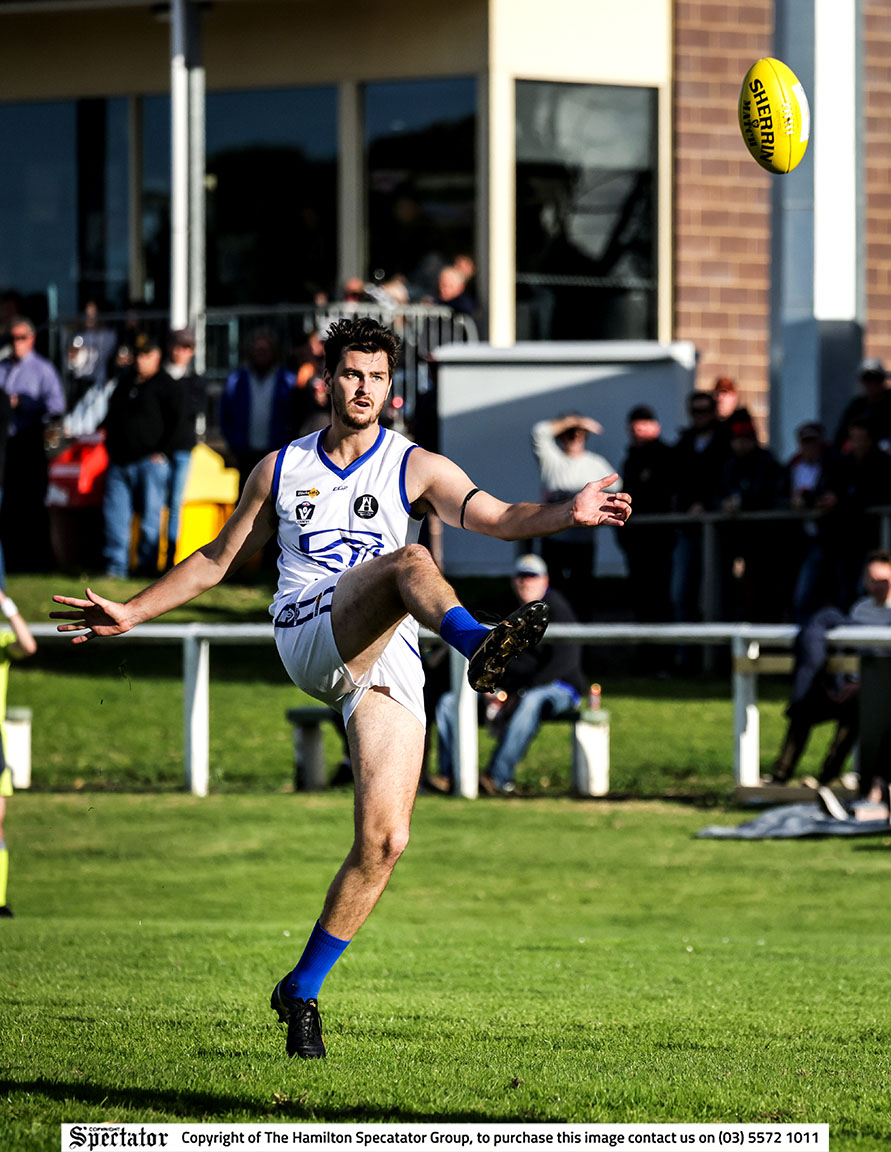 LACHIE Waddell has started the season strongly, kicking another four goals in the Kangaroos’ loss to Terang-Mortlake on Saturday. Photo: NICOLE CLEARY.
By Adam Hill

THE Hamilton Kangaroos slumped to their third loss of the season on Saturday, losing to Terang-Mortlake by 32 points at Melville Oval.

The Kangaroos started well, winning the contested ball and transitioning well from defence.

Lachie Waddell continued his impressive form, kicking the home team’s first goal, but soon after Justin Eales came from the field with a hamstring injury, putting the Kangaroos a man down on the bench.

A couple of late goals to Luke Uebergang and Darcy Russell helped the home team go into the first break with an eight-point lead.