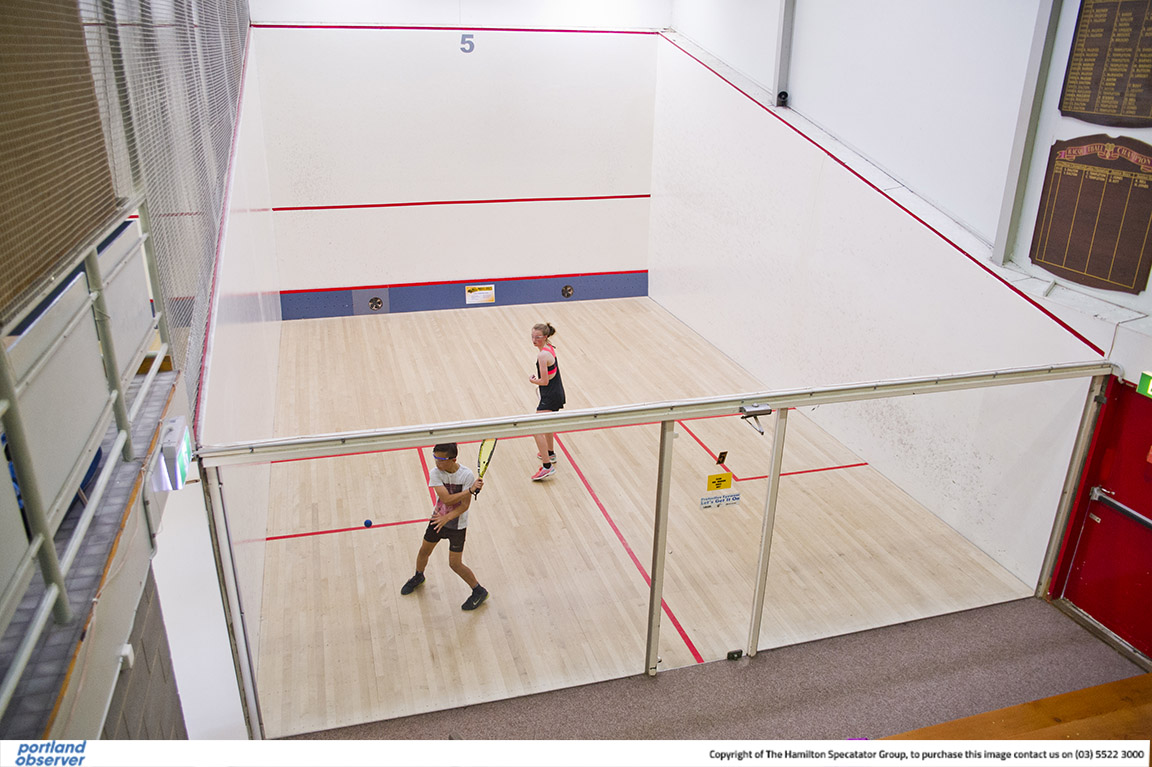 THE Portland Squash and Racquetball Club is hosting an event celebrating 50 years of community sport in August of this year and organisers are encouraging all past and present players to get involved.

The PSRC was founded in August of 1971 when the Portland Town Council constructed three squash courts on Fitzgerald Street in conjunction with the building of the Portland Basketball Stadium.

That same month the first club committee meeting was hosted with 23 people in attendance.

Squash, as a sport, experienced an explosion of popularity in the 1980s in Australia, with governing body Squash Australia estimating that one million Australians were playing during that decade.

Today those numbers have dropped right off, with the same organisation predicting that approximately 100,000 people are actively participating in the sport.

The Portland club was a beneficiary of that explosion of popularity and one local member who remembers that era fondly is Anne McIntyre.

McIntyre has been a member of the PSRC for 44 years and said for a time, squash seemed like the most popular sport in the country.

“I became a member of the club in 1977 and when I joined there were pennant competitions running four nights of the week, separate for men and women,” she said.

“The club was also running a ladies’ afternoon pennant as well as a juniors competition.

“There were so many playing in the pennant competitions in the late 1970s that the starting times were staggered.

“If the early teams hadn’t finished their games, the second group were delayed and sometimes games were still being played in the early hours of the morning.”

Two new courts were installed for the Portland Squash and Racquetball Club in 1980 using locally raised funds and a loan from the Portland City Council, which was repaid around 1995.

“A successful social committee raised funds for the club and many improvements were made to the interior of the building using donations and volunteer labour,” McIntyre said.

“I can remember attending a cabaret and manning the gates at the Portland Agricultural Show to raise money for the club.

“As squash numbers dwindled a little, the introduction of racquetball boosted our numbers and pennants eventually changed from being gender based to ability based.

“Over the years there has been a decline in player numbers however we are continuing to operate successfully with a keen committee and some part-time staff.

“In August of this year we’re going to be celebrating 50 years of play with a reunion of past and present members.

“We’d love to invite anyone who has ever been a member of the Portland Squash and Racquetball Club to join us at the club on Saturday, August 21, to help celebrate this milestone and reminisce.”

• Anyone interested in taking part in the PSRC’s 50 year celebration is encouraged to email the club at psandrc@bigpond.com for further information.

You can also contact the club by phone on 5523 3392 or on Facebook at the Portland Squash and Racquetball Club page.