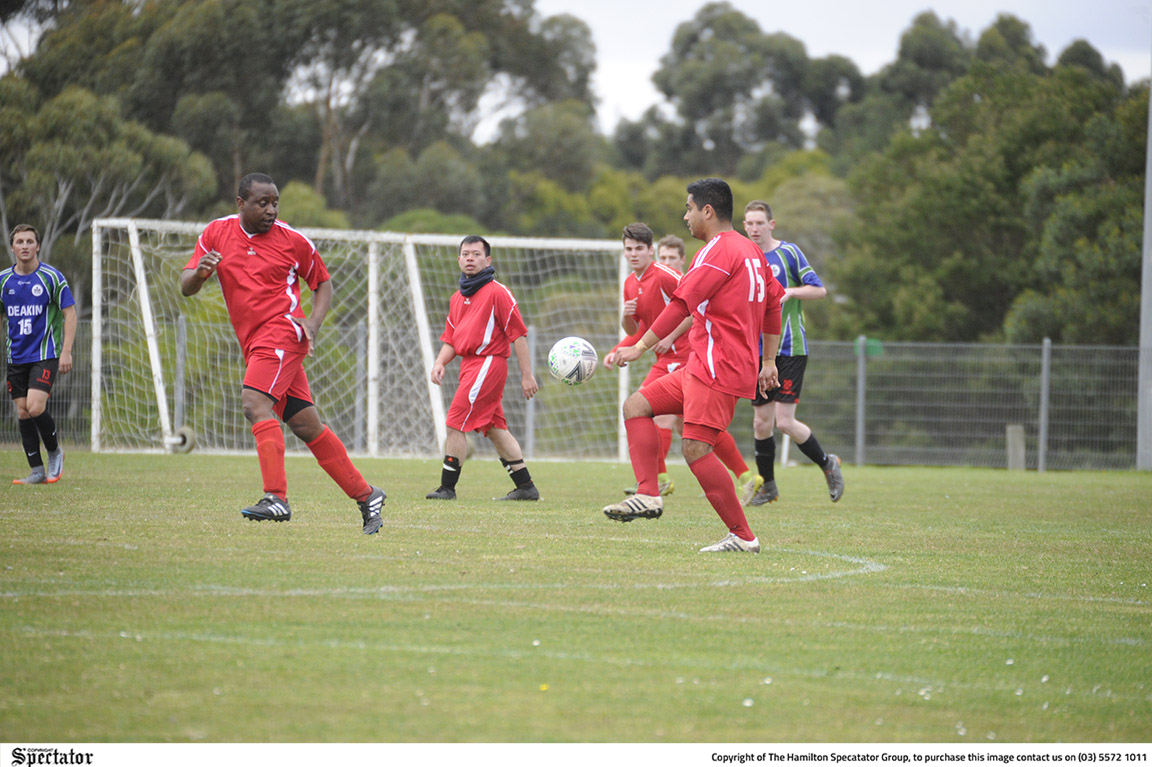 THE Hamilton Raiders will return to Pedrina Park this week to take on the Warrnambool Rangers. Photo: LAUREN HAY.
By Mitch Lang

THE Hamilton Raiders suffered a big loss to start its 2021 South West Victoria Football Association, losing to the Portland Panthers 0-8.

Hamilton had ambitions of starting the new season well but travelling to Portland’s Friendly Societies Reserve to take on a new team in the Panthers, which provided a sense of the unknown.

It didn’t take Portland long to settle into its groove, as Dylan Murray found the back of the net off a penalty kick in the third minute of the match.

Murray wasted no time making his presence felt on the game, notching up a hat-trick in just 20 minutes, as the Raiders trailed 0-3.