Champs off to exciting start 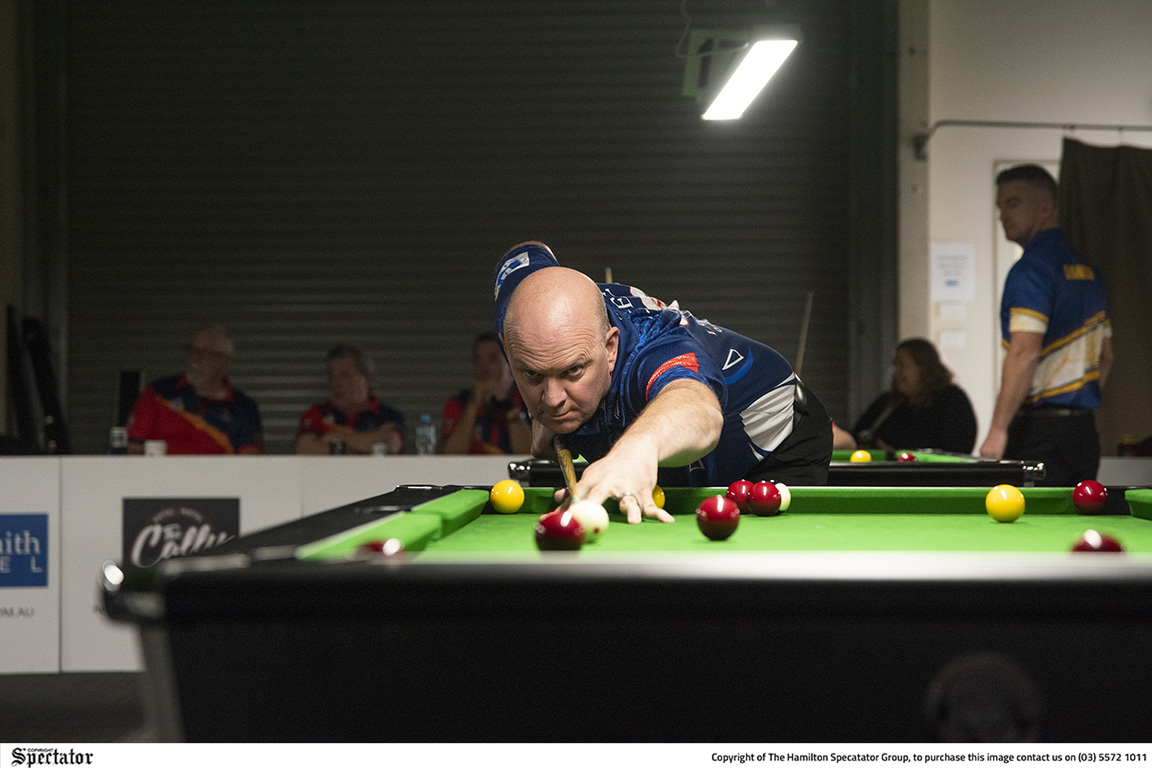 HAMILTON’S Mark Cottingham in action during the championships earlier in the week. Photo: LAUREN HAY.
By Adam Hill

THE Australian Blackball Championships have got off to a strong start with five days of play now complete.

One of the highlights so far was a come from behind win for Victoria in the Seniors/Masters teams on Monday night when the home state was trailing, 3-9, against ACT, but stormed home to win 13-12.

All the pressure fell on Dinesh Patel, who was at the table for the final frame of the contest for Victoria B2 and he said it was a great feeling after the contest.

“It was very satisfying,” he said.

“Our players just dug in and the last four or five frames were a pressure cooker.

“It was a team effort and I just happened to be last to the table.