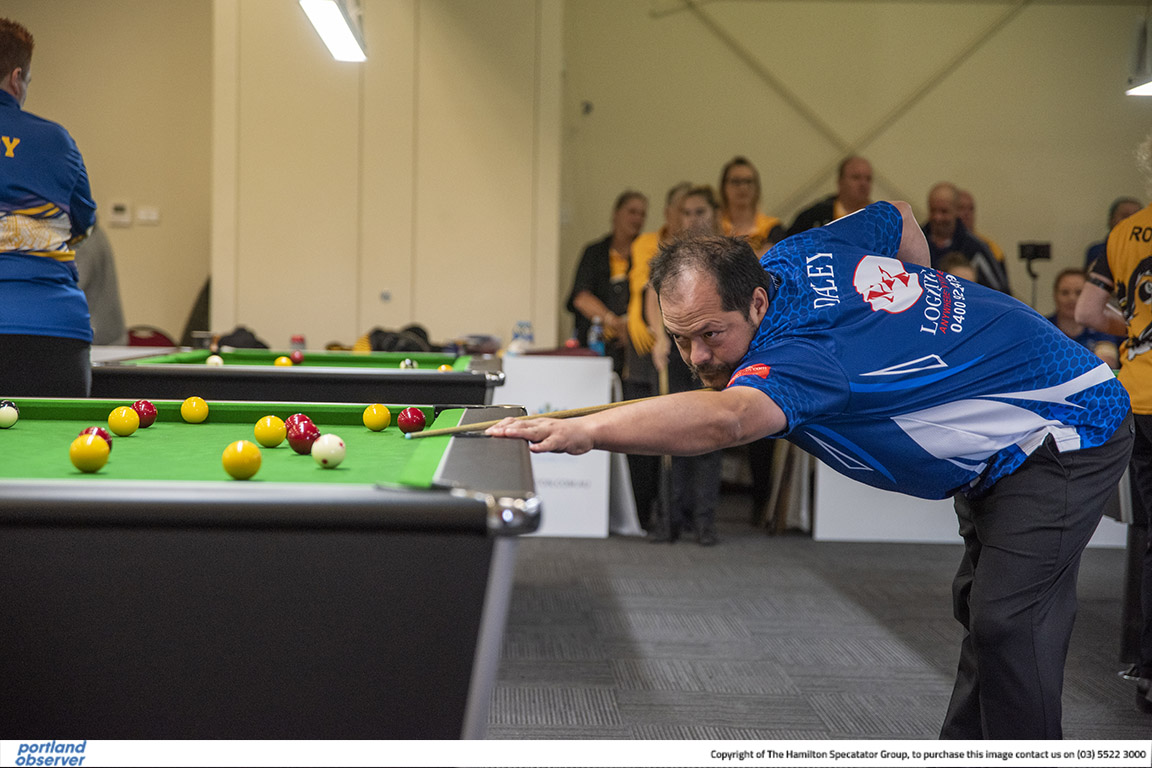 THE Australian National Blackball Championships have been a hit at the Hamilton Exhibition Conference Centre over the past week.

Play began last Saturday and will conclude tomorrow and it’s an event that’s brought players from right across the country together to compete.

Amongst the action has been Portland’s Chase Daley, representing Victoria.

Victoria has entered a team of 50 people, with Daley joined be other representatives from Warrnambool, Ballarat and Melbourne.

In the men’s Individual National Championship, Daley began his tournament on Tuesday in the second round with a seven frames to five win over Kane Weekley.

He fell short in the third round however, defeated by Ben Hood four frames to seven later the same day.

The men’s Teams National Championships will conclude tomorrow night and after 10 rounds of play, South Queensland led the way in first ahead of Western Australia in second.

Victoria’s A and B teams sat in third and fourth.

Daley is the captain of the Victoria B team and as of Thursday morning was the 15th highest ranked individual performer, having won 30 of his 45 matches during the week.