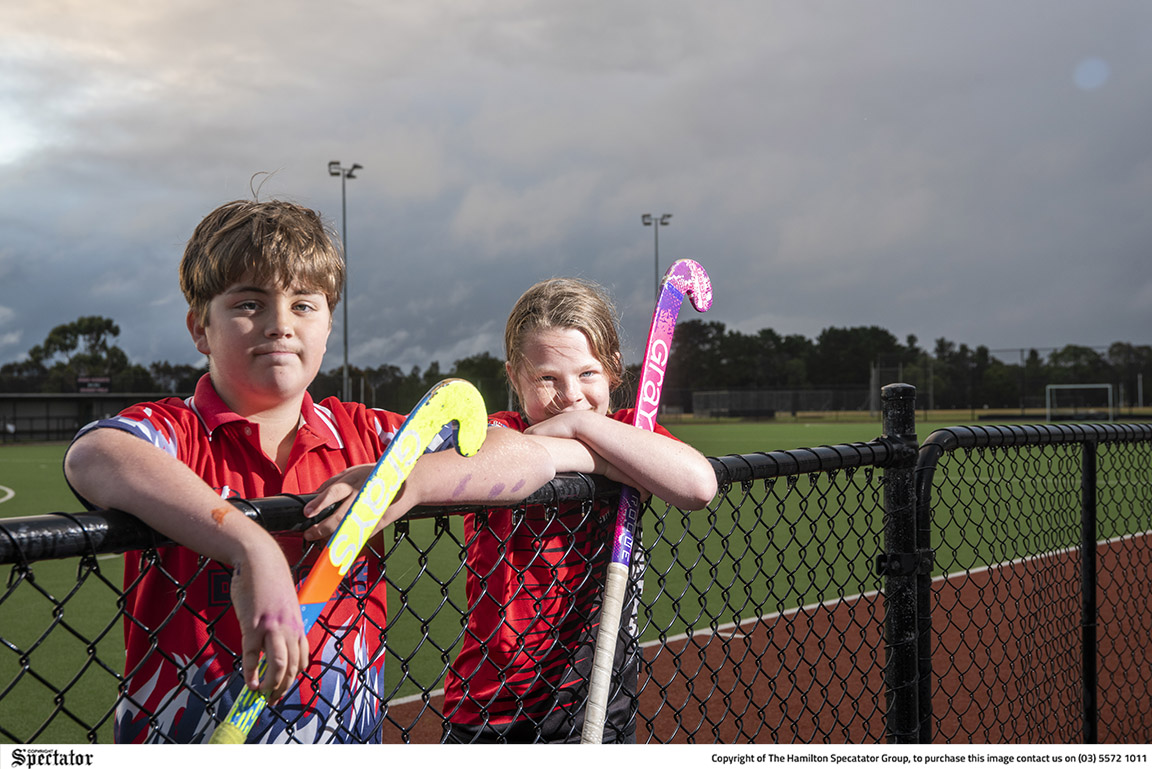 SAM Mecham, 11, and Jessica Templeton, 9, will miss out on hockey games this weekend due to the Victorian lockdown. Photo: LAUREN HAY.,
By Adam Hill

SPORT has been plunged into a pause with Thursday’s lockdown announcement forcing all community sport and recreation to be cancelled until at least next Thursday.

The announcement means many leagues and associations will have to re-jig their fixtures or write the weekend’s games off totally.

Hockey, soccer, football and netball seasons will all be impacted, while the Hamilton Cycling Club and Hamilton Table Tennis Association also had big events scheduled for this weekend, which will now have to be re-scheduled.

Community sport and recreation was restricted for much of 2020, forcing all local football and netball seasons to be abandoned, while golf was also banned for months before returning for social players during the post-winter months.

Acting premier, James Merlino said approved professional sports would proceed, but will be without crowds with AFL and A League match-ups set to continue in Victoria this weekend without crowds.