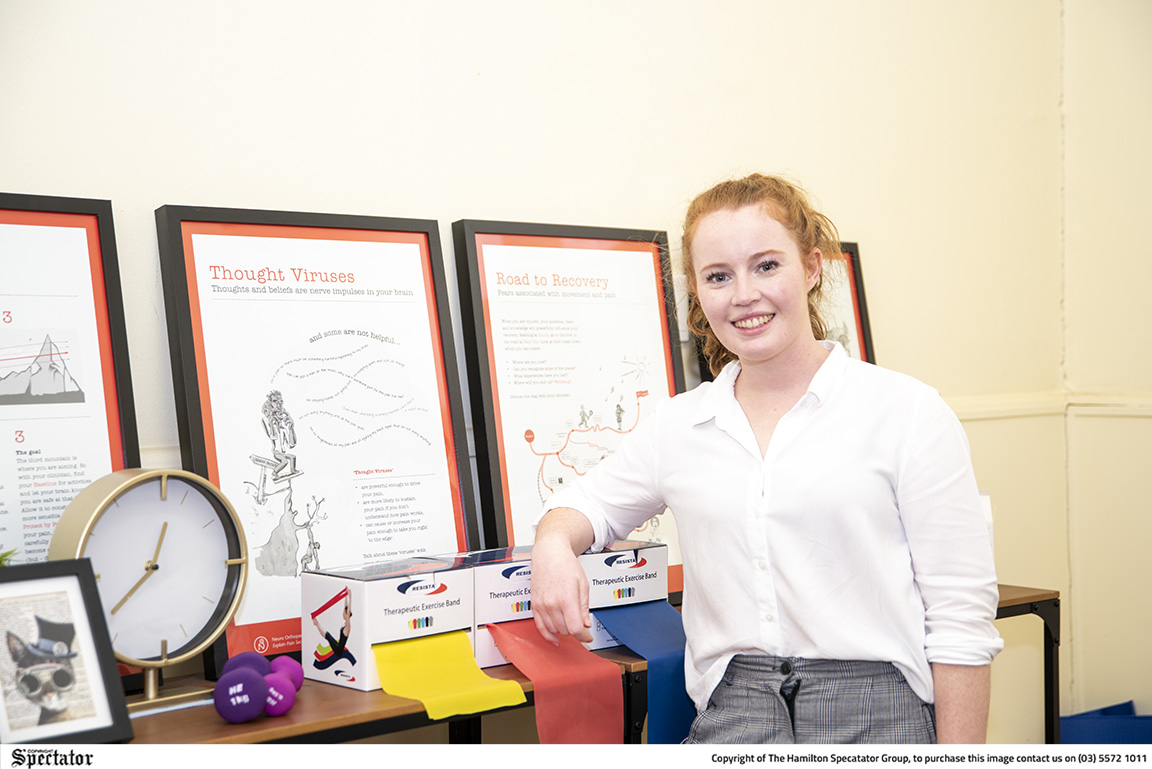 STEPHANIE Farquharson is one of many athletes who has been forced to miss games through injury this year. Photo: LAUREN HAY.
By Adam Hill

AS the footy players are forced to the sidelines due to the current COVID restrictions around senior sport, many players have already had their seasons ended prematurely through injury.

After no sport in 2020, the early season injury toll has impacted most teams with many soft tissue and ligament injuries causing chaos.

Despite a full pre-season available to players, Hamilton Spinal Sports and Wellbeing physiotherapist, Stephanie Farquharson said the lack of intense and game like preparation after 12 months was likely a big contributor to the injuries.

“I think everyone had really good opportunities to have good long pre-seasons, but because there wasn’t that competition last year, that real game specific conditioning just wasn’t there,” she said.

“People have had a year off and unless you can replicate that in their training to the intensity that you would expect in a game, it makes it very difficult to train those things and regain them.