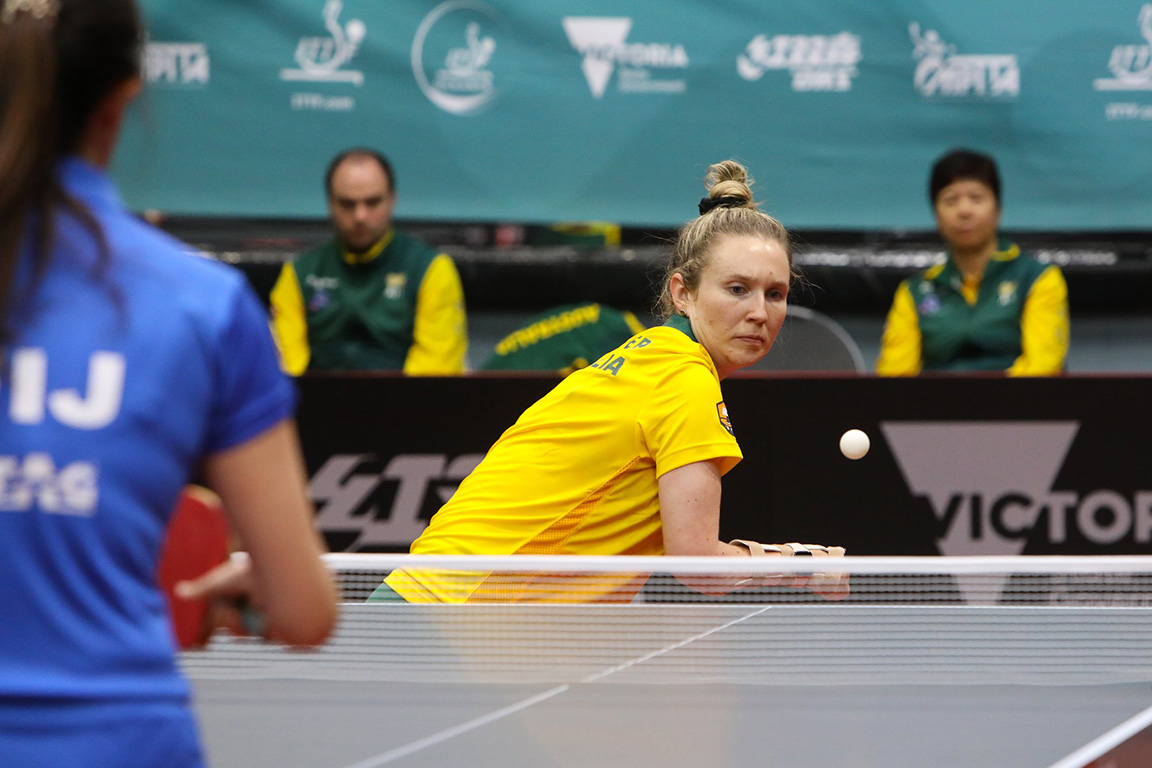 MELISSA Tapper has been selected in Australia’s table tennis team for the Tokyo Olympics, making her the first person to be a dual Olympian and Paralympian. Photo: SUPPLIED.
By Adam Hill

MILLY Tapper continues to create history, announced as one of the final two members of Australia’s table tennis team for the Tokyo Olympics.

Tapper became the first Australian to be selected for the Olympics and Paralympics in 2016 and Wednesday’s announcement will allow the Hamilton export to repeat the feat in 2021.

The 31-year-old originally missed out on the 2020 squad, but with COVID-19 pushing the games back 12 months, Tapper said the selection was still sinking in.

“It is sort of a bit similar to the qualification for Rio, it is not really sinking in just yet,” she said.

“The first time around is an unbelievable, overwhelming feeling and to back it up, it hasn’t really sunk in just yet.”

The 31-year-old has spent countless hours working with her coaches during the past 12 months to push for selection following the postponement of the 2020 event, with Wednesday’s announcement rewarding Tapper for her dedication.

“It is definitely one thing I am very proud of,” she said.