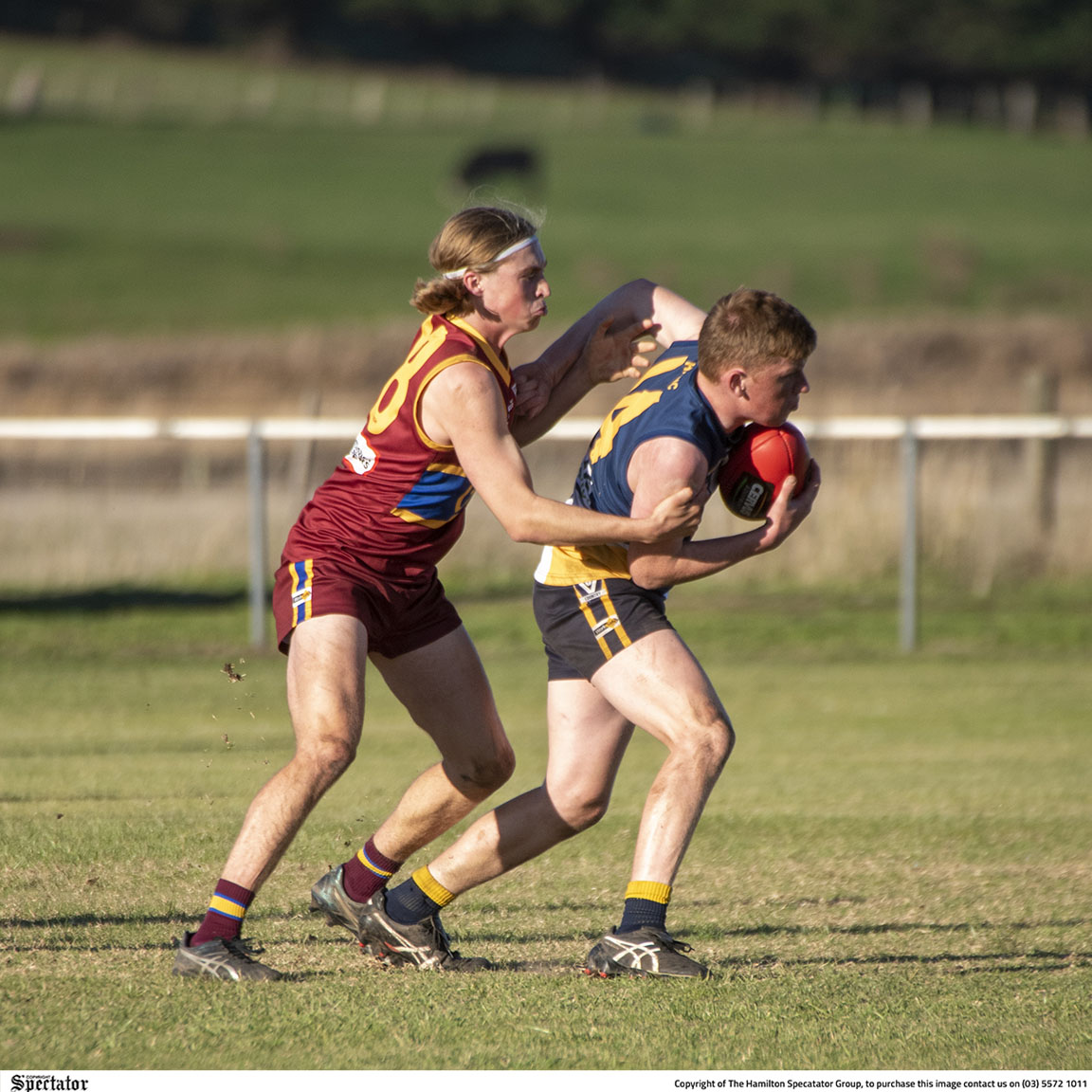 JACK Wortley is among the locals selected in the Under-15 boys V/Line Cup training squad. Photo: TASH FRANKO.
By Adam Hill

THE Under-15 boys and girls South West V/Line Cup training squads have been finalised with 18 locals selected in the squad of 25.

The Hamilton Kangaroos dominated selection with 12 players coming from the Hampden Football Netball League club’s junior system, while Harrow-Balmoral had two players selected, one from Coleraine, Penshurst, Hawkesdale-Macarthur and Casterton-Sandford in the boys squad, alongside seven Portland players.