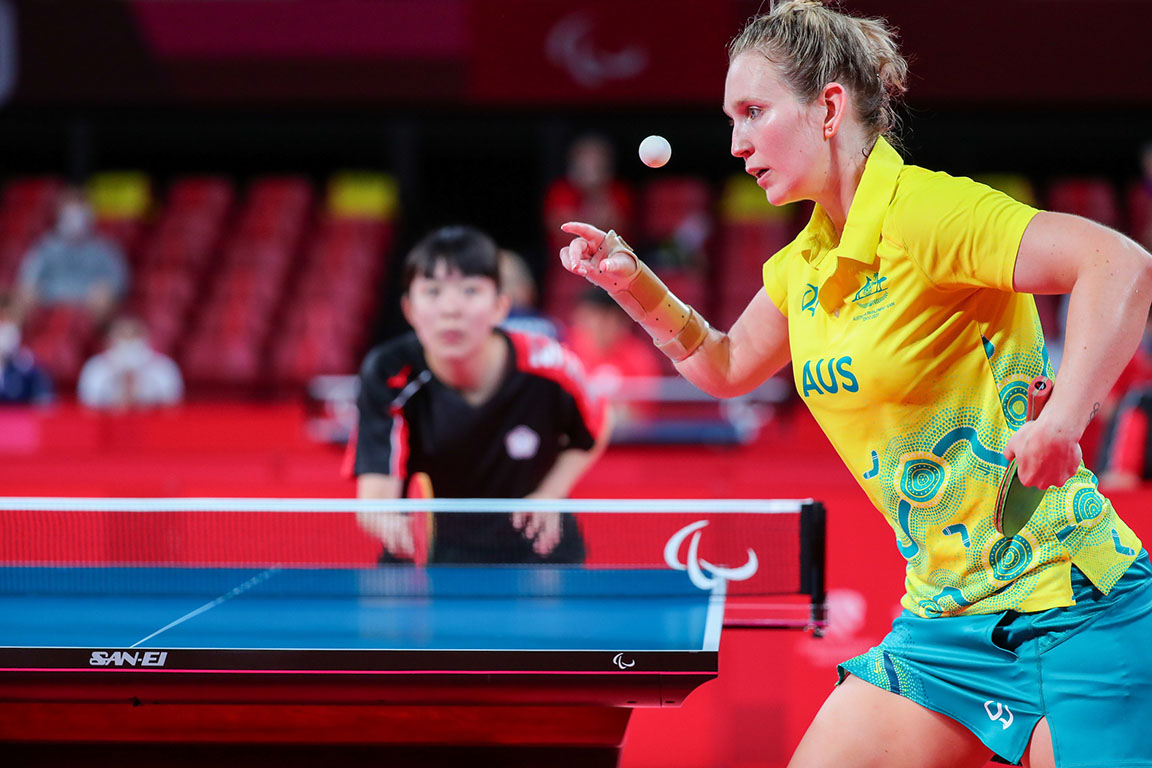 MILLY Tapper remains in contention for a medal at the Tokyo Paralympics after winning against Chinese Taipei’s Lin Tzu Yu on Wednesday night. Photo: PARALYMPIC AUSTRALIA.
By Adam Hill

HAMILTON export, Milly Tapper, remains firmly focused on collecting her first Paralympic medal, despite a mixed start to her campaign this week.

Tapper won her first preliminary round contest, but lost her second to leave the 31-year-old vulnerable, as she tried to progress through to the quarter-final stage, which is scheduled for 10.40 this morning.