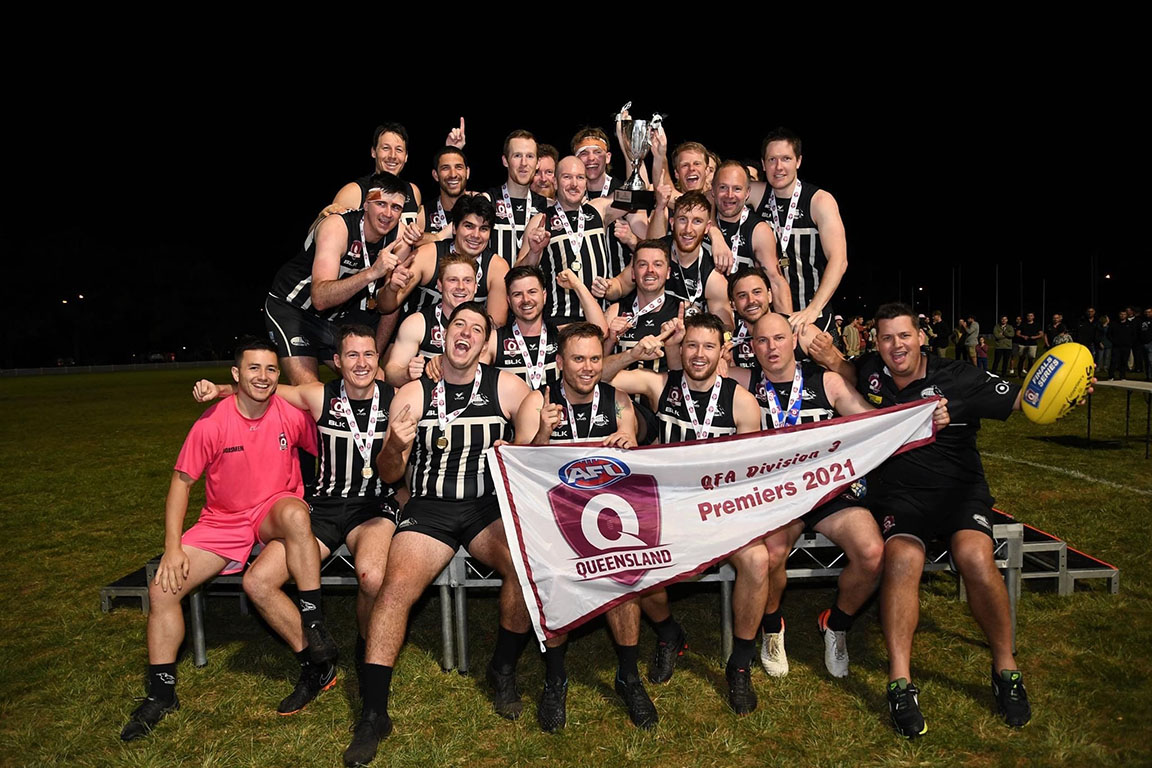 The former local coached his side to a 40-point premiership victory over Jimboomba on Friday night. Photo: SUPPLIED.
By Blair Burns

FORMER Hamilton local, Gareth Crawford, has capped of his memorable football career with a premiership for the Sherwood Districts Magpies in the Queensland Football Association (QFA) division three competition on Friday.

The Magpies took on Jimboomba, which had beaten them when the sides met during the home and away season, but Sherwood bounced back and recorded a huge 40-point win.