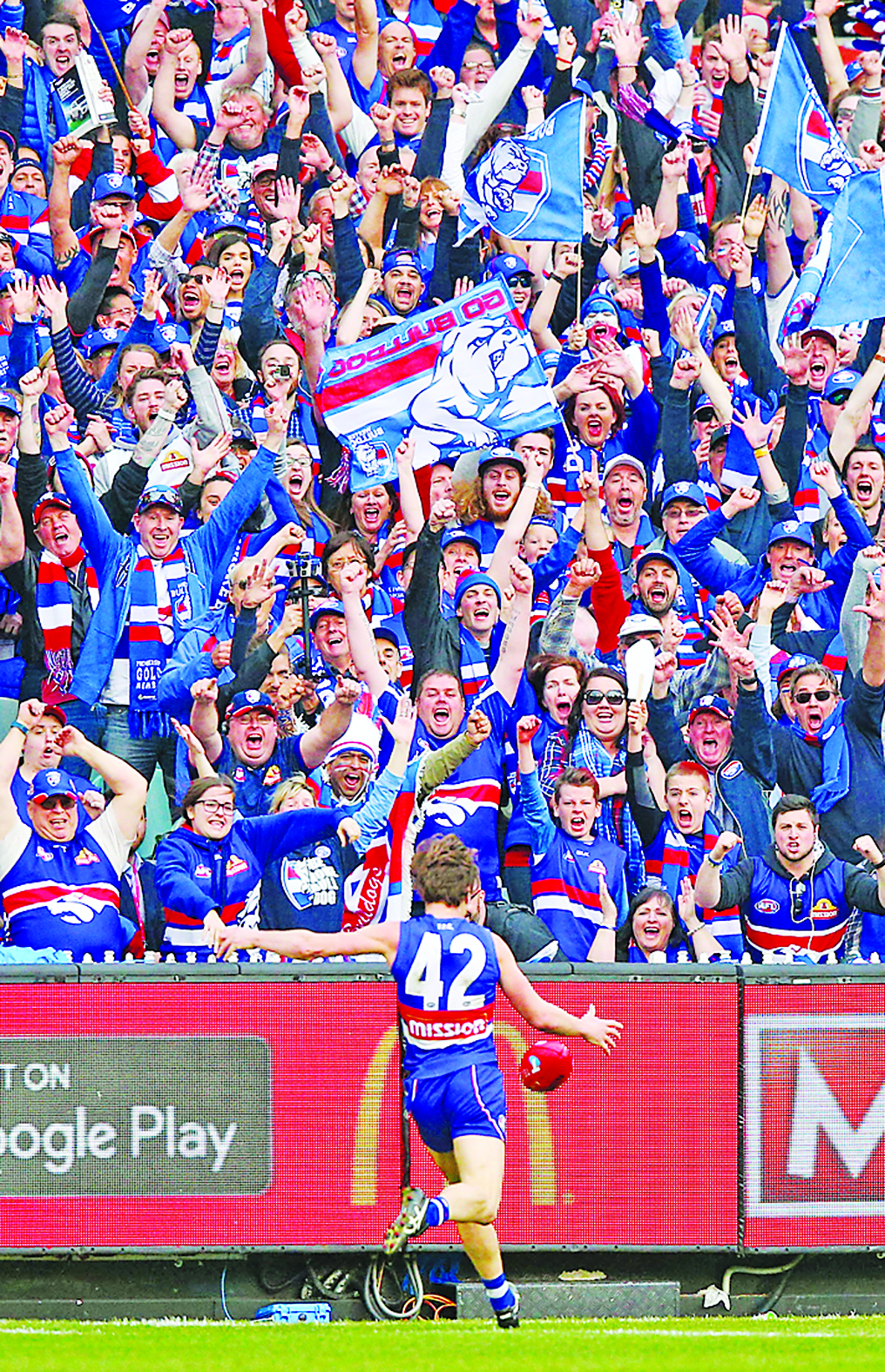 MELBOURNE, AUSTRALIA - OCTOBER 01: Bulldogs fans react as Liam Picken of the Bulldogs kicks the ball for a goalduring the 2016 Toyota AFL Grand Final match between the Sydney Swans and the Western Bulldogs at the Melbourne Cricket Ground on October 01, 2016 in Melbourne, Australia. (Photo by Michael Dodge/AFL Media)
By Ashley Quinsey

TODAY will be a day unlike any other for Hamilton export, Liam Picken, who will watch on as his former Western Bulldogs teammates look to repeat their premiership success of 2016.