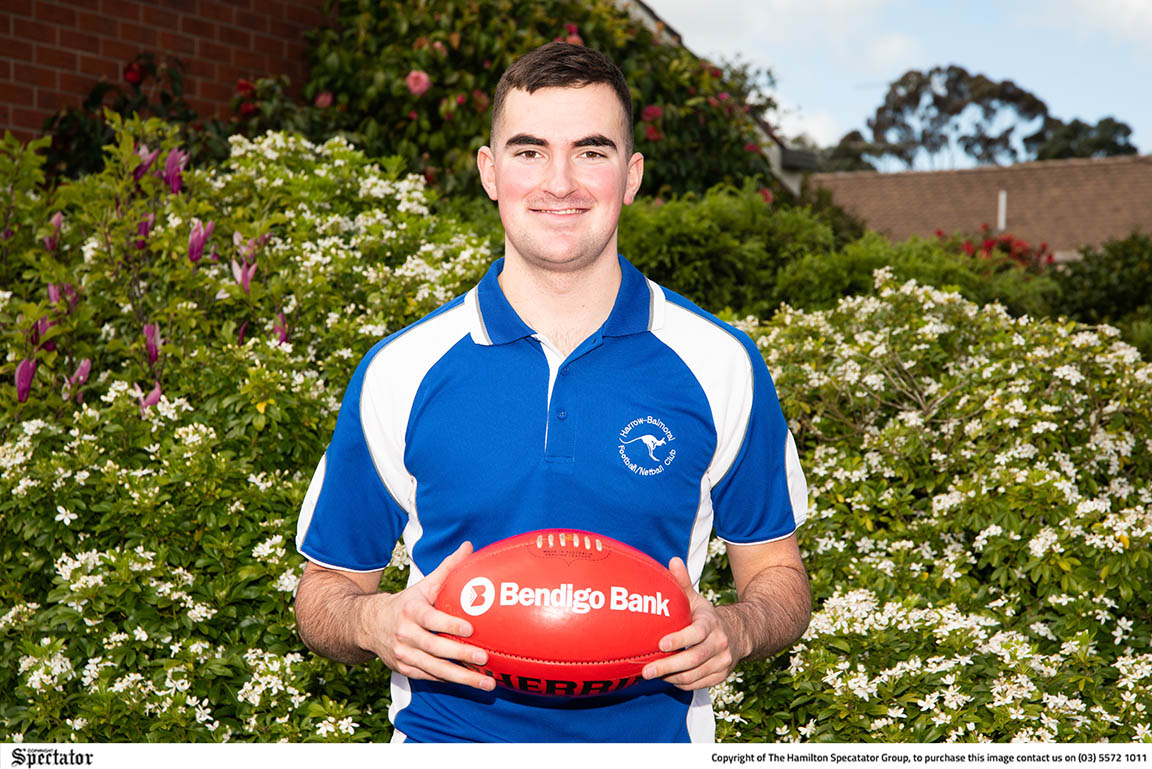 HARROW-BALMORAL has signed Jacob Hill for the 2022 season, with the 18-year-old likely slot into the forward line. Photo: BLAIR BURNS.
By Blair Burns

FORMER Hamilton Kangaroos footballer, Jacob Hill, has made the move to Harrow-Balmoral, signing on for the upcoming 2022 season.

Hill is an exciting forward with good hands and is a great kick for goal, and has experience representing the Greater Western Victoria (GWV) Rebels after he was selected in its NAB league squad this season.

He also made his Hampden Football Netball League (HFNL) senior debut in round three this year against Portland.