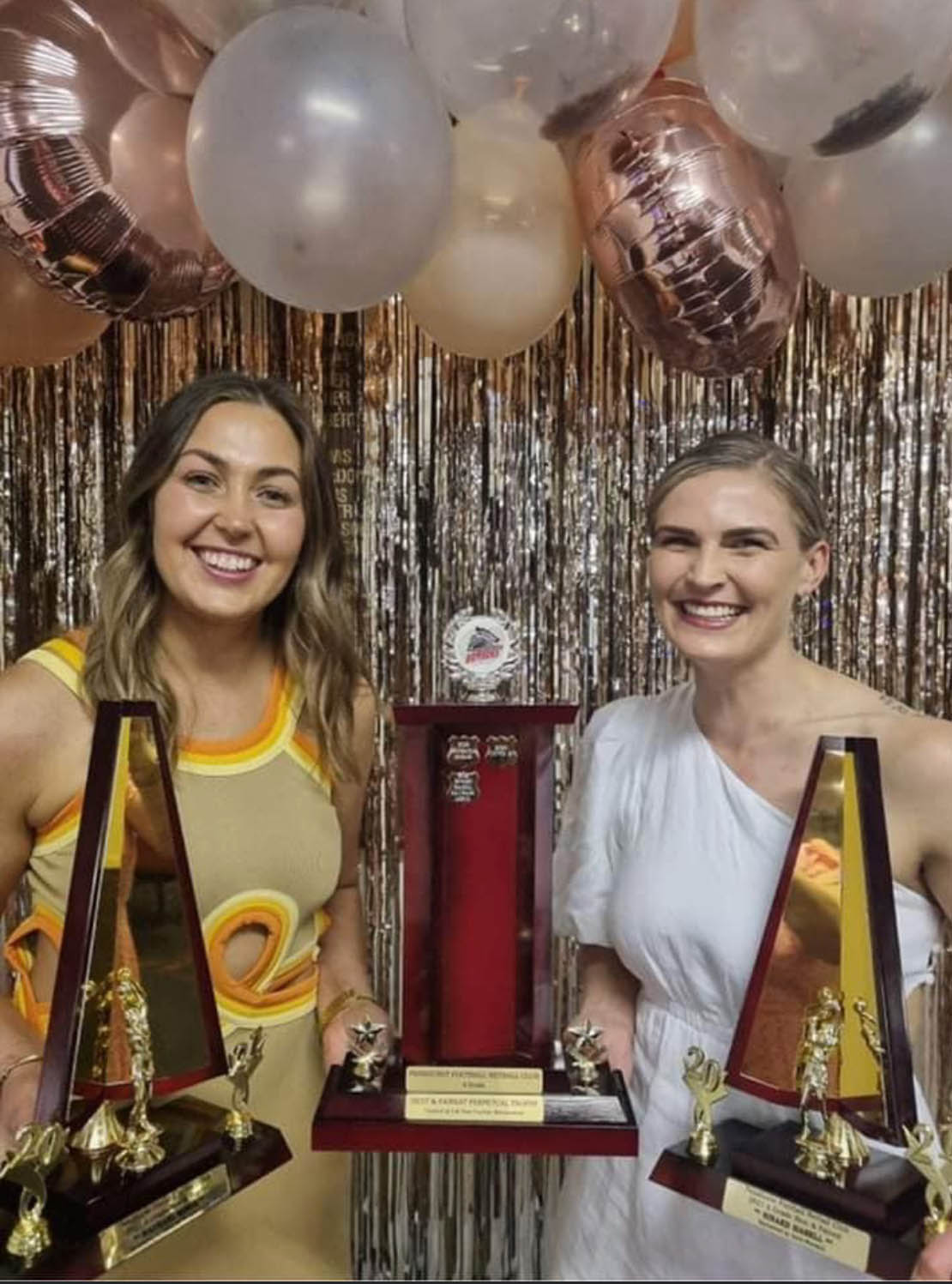 TALENTED winger, Nathan Rentsch, took out the Penshurst Football Netball Club senior best and fairest count with 29 votes coming home strong in the final round to hit the lead, while on the netball court, nothing could split coach, Sinaed Hasell, and goal-shooter, Rachael Mibus, who tied for the top honour.

Rentsch said after rising up through the juniors, it was a special experience to win a senior best and fairest at a club that meant so much to him.