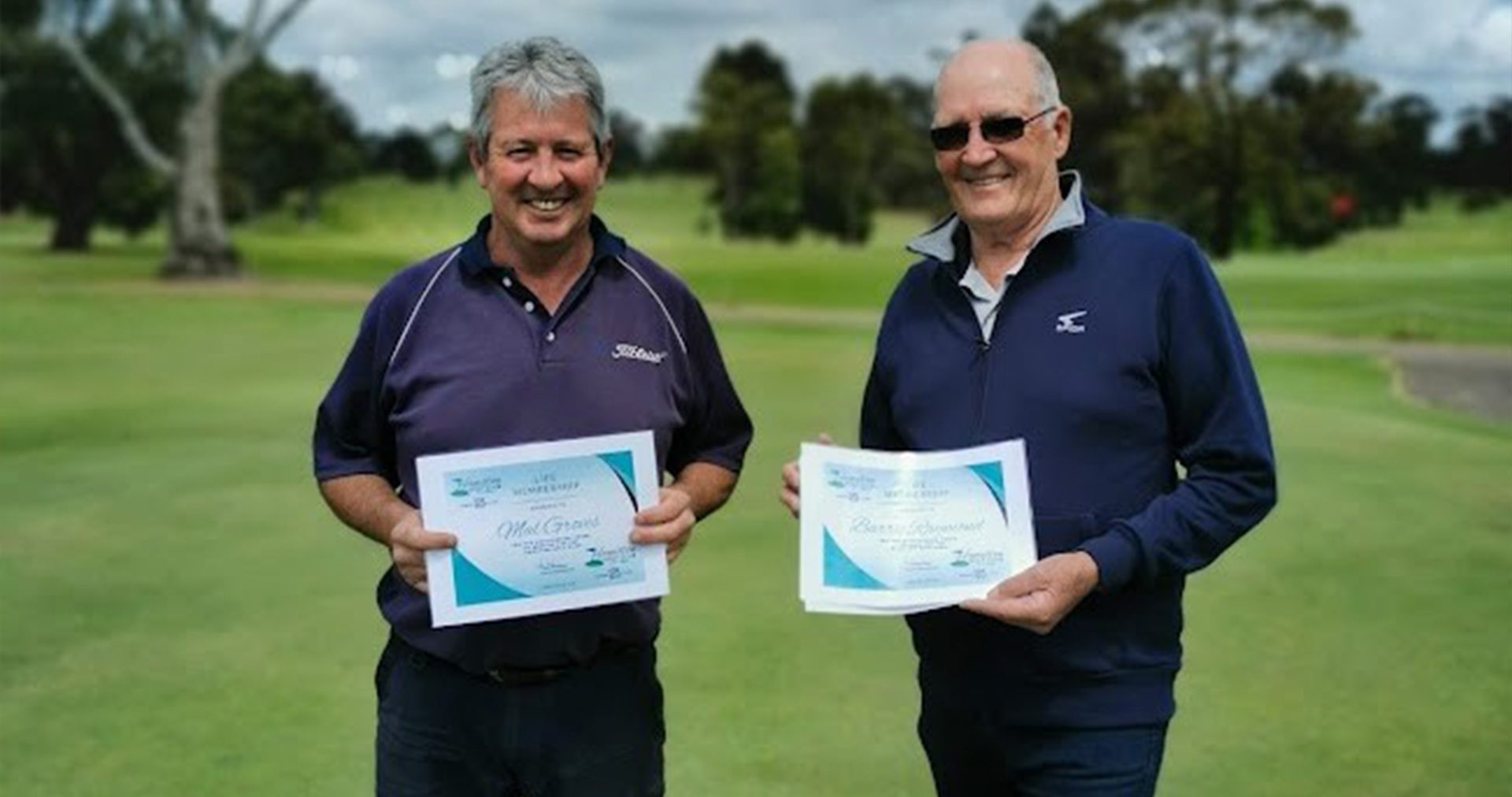 HAMILTON Golf Club held its Annual General Meeting earlier in the week at which two club members were honoured with life memberships.

Barry Raymond and Malcolm Groves were both taken by surprise when the announcement was made.
Raymond joined the club in 1977 after retiring from football, and he thought golf would be an easy game to master, but soon discovered it wasn’t as easy as it looked.
Raymond’s plumbing skills have been well utilised and he has been involved in many projects at the club, which have included the fairways irrigation system and clubhouse renovations amongst many others projects.
He has also been a director on the club’s board and can always be counted on to be at the many working bees that the club holds to help maintain the course and facilities.
Groves first started golf at Hamilton in 1990 and is the current men’s captain, a position he has held for the past 11 years.
Groves is an electrician by trade and spends many hours assisting around the club; if he isn’t in the office undertaking his captain’s duty, he can be found helping out with any of the projects and working bees that happen on a regular basis.
He is also a very handy golfer, playing off a handicap of four.
Both Raymond and Groves are very worth recipients of their life memberships for the outstanding service they have given to the club.
Ian Ferguson was re-elected as president, Di Raymond was elected as women’s captain, Steve Giles and Rob Vecchiet were both re-elected as directors and Lyn O’Brien and John Hill have been welcomed as new directors, joining current directors, Adam Manson, Roger Lewis and Liz Nichol.