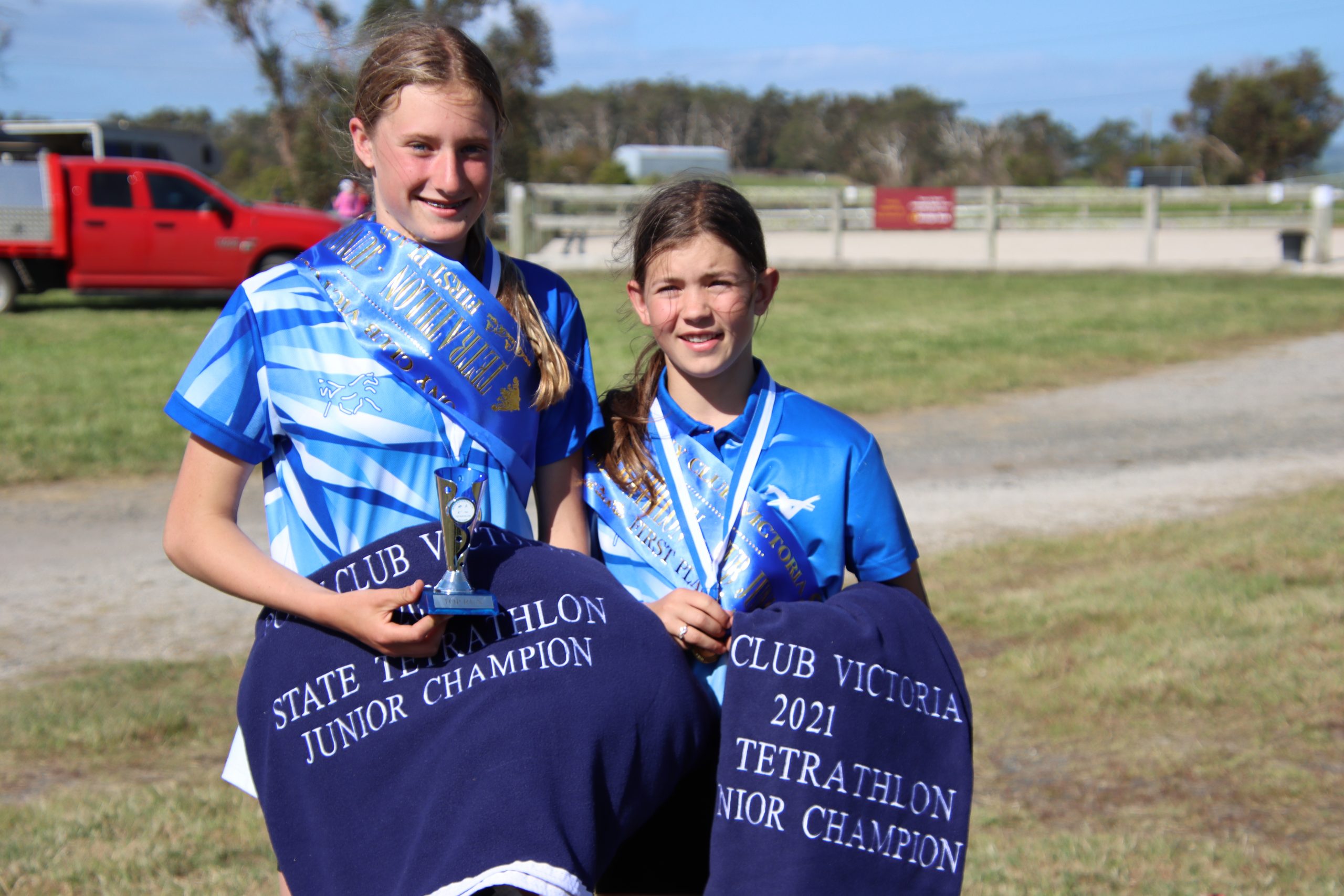 LOCAL stars, Zoe Addinsall and Matilda Mason have had a busy few weeks (both pictured here winning PCV Tetrathlon State Championships) as they were both recognised on the big stage at the PCA nationals. Photo: SUPPLIED.
By Blair Burns

LOCAL duo, Zoe Addinsall and Matilda Mason have reached the pinnacle in their tetrathlon and show jumping endeavours as they were both awarded on the national stage in separate events at the Pony Club Australia (PCA) nationals.

Zoe was awarded as Australian Junior U17 female Champion at the Pony Club Australia (PCA) Nationals in the tetrathlon.