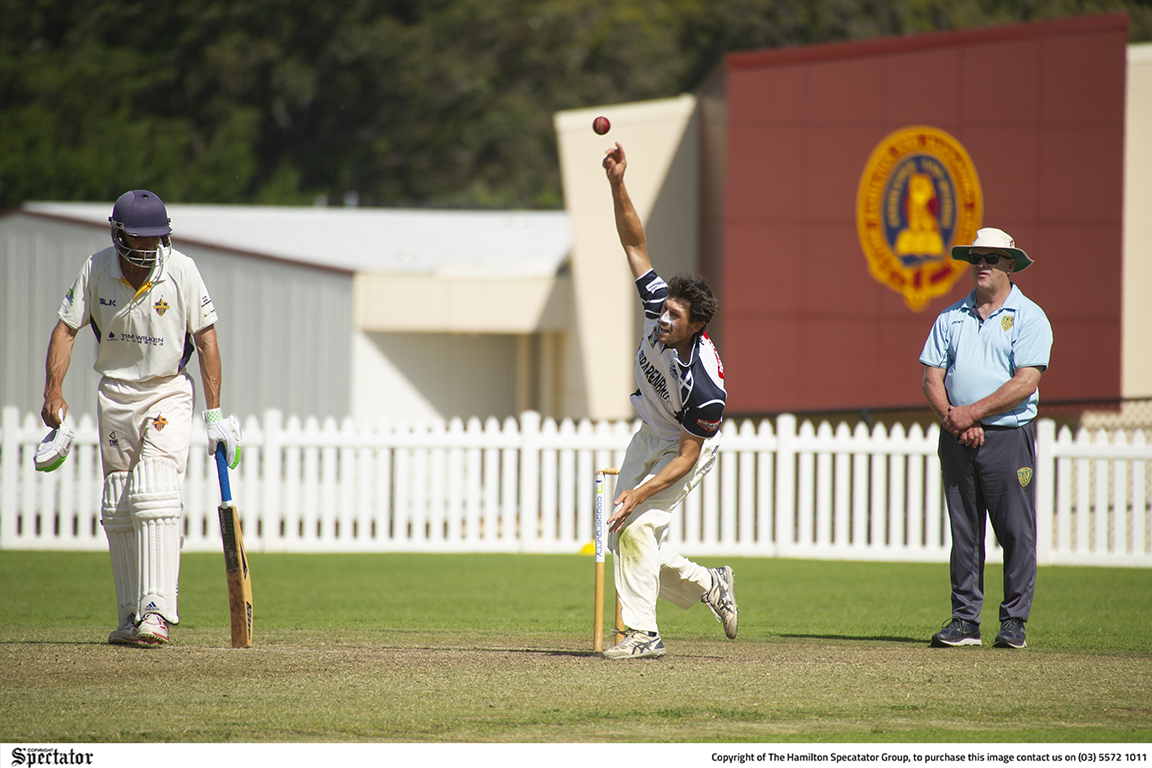 BRENDAN Huf impressed with bat and ball on Saturday, as the Drews skipper led his team to victory against Pigeon Ponds. Photo: SPEC FILE.
By Admin

PIGEON Ponds has suffered another loss, as it continues its slide down the Hamilton and District Cricket Association (HDCA) A grade premiership ladder, as St Andrew’s became the latest team to inflict defeat on the former premiership favourite on Saturday.

The Pigeons have now lost four of their last five matches to drop to fifth place on the ladder, four points adrift the top four.