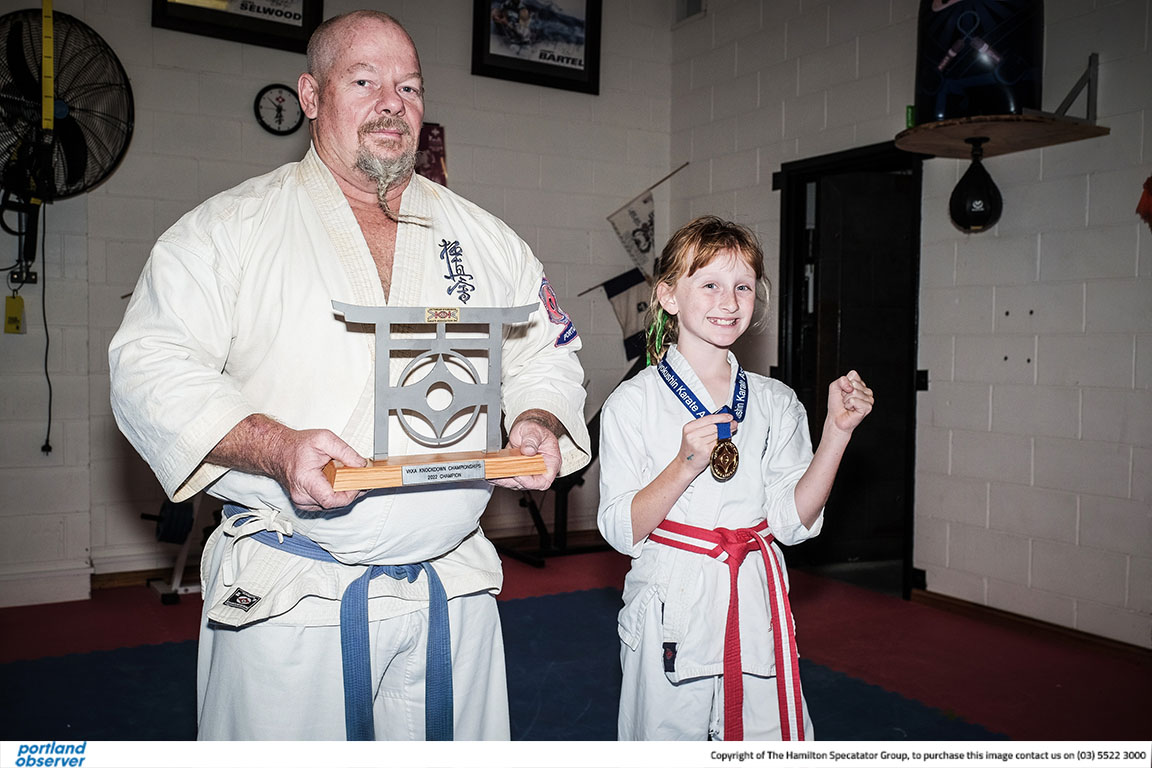 PORTLAND Kyokushin Karate Club competitors recently competed in the Victorian championships, bringing home three medals after some impressive performances.
Seven members from the club competed in the tournament in both the contact and non-contact divisions.
The championships welcomed more than 200 entries from across Victoria, New South Wales, Queensland, Tasmania and South Australia with some of the best Kyokushin Karate competitors showcasing their talent across the day.
Two gold medals were earned by Portland competitors with Elouise Pye winning top honours in her non-contact division and Gordon Dunn also bringing home the gold in his contact division.
Janelle McCluskey also earned a silver medal for her efforts in her non-contact division.