Baptism of fire for young Coasters 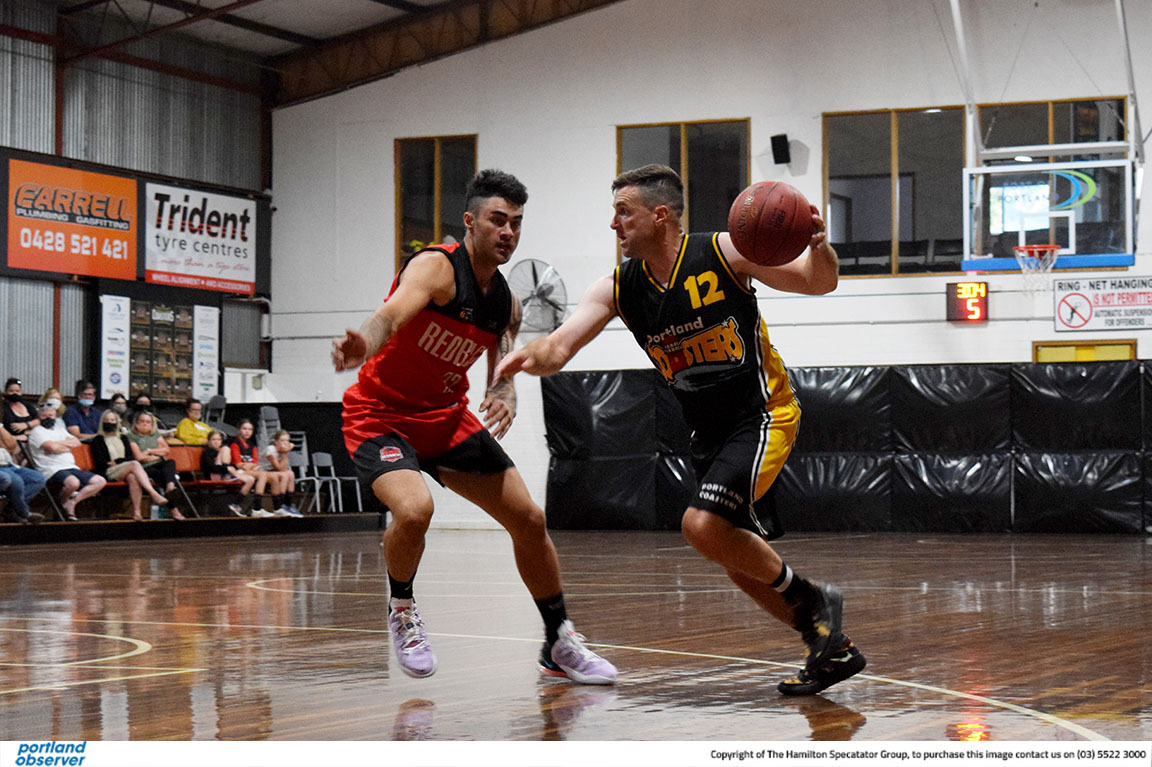 THE Portland Coasters men’s team had a difficult start to the Country Basketball League season on Saturday, going down to the Ararat Redbacks 84-72.

Host team Portland went behind after an inefficient start to the game and never quite recovered.

To their credit, however, the Coasters fought until the bitter end, and rallying periods in the last two quarters provided a glimmer of hope.

This was never going to be enough, however, as Ararat locked down the key, making it hard for Portland to score on the drive, and Portland’s inefficiency from longer range made it hard for them to score.

Fine defensive efforts from Jackson Dunlop and high intensity in the paint from key big man Nathan Hardingham highlighted Portland’s evening, but ultimately more was needed to snatch a win.

The Redbacks were taller and overall more physically imposing, allowing them to dominate both keys for most of the game.

This made getting back into the game quite hard for a smaller and younger Coasters side.

Jack Walsh and Toby Jennings debuted for the Coasters and coped well with the challenge of playing a higher level of basketball.

Despite the loss, coach Rebel Noter was impressed with his side’s effort.

“It could have been a blowout, an absolute blowout,” Noter said.

“These guys are going to fight right through to the end.

“Today was more about giving them that exposure, but making sure they’re going to be competitive as well.

“(Ararat) are playing at a higher level (of competition) and that’s the difference.

“They come back to Ararat, but they’re used to playing a level in Ballarat that’s a lot higher as well.

“Our guys are just playing domestic basketball; they don’t have that exposure.

“All things considered, our players did really well tonight.”

Improvement was made throughout the night by the Coasters, who did not give up on the game, in spite of being behind by ten points at half time.

The stadium was packed with people wanting to see the Coasters perform. None would have been disappointed by the end of the night, even if the scoreboard suggested otherwise.

In fact, there was a noticeable change in the atmosphere of the Portland Basketball Stadium when Trenton Johnston hit a three-pointer with about two minutes left in the final quarter, cutting Ararat’s lead to eight points.

Although it ended up being too little too late for the Coasters by then, it gave the feeling that had Portland been a little luckier and more accurate, they could just have walked away with the points.