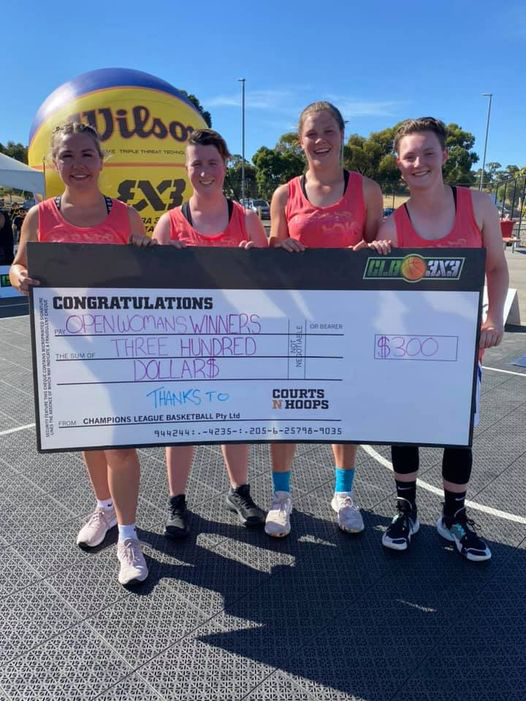 A THREE-HOUR trip was on the agenda for five local basketball teams, travelling to participate at Bendigo’s Champions League Basketball (CLB) 3X3 event on Saturday.

Nineteen locals represented Hamilton-based club, the Barber Boys, over the weekend in a competition which boasted elite 3X3 basketball talent.

The only local team to enter the open female competition was up first, kicking off its campaign at 4pm Saturday with a game against Melbourne Magic.

Melbourne Magic proved no match for the locals in its opening pool game, winning 11-5.

Following its opening victory, the Fade Aways won its other pool game against No Idea, 9-1, advancing through to the grand final.