Coasters ready for anything 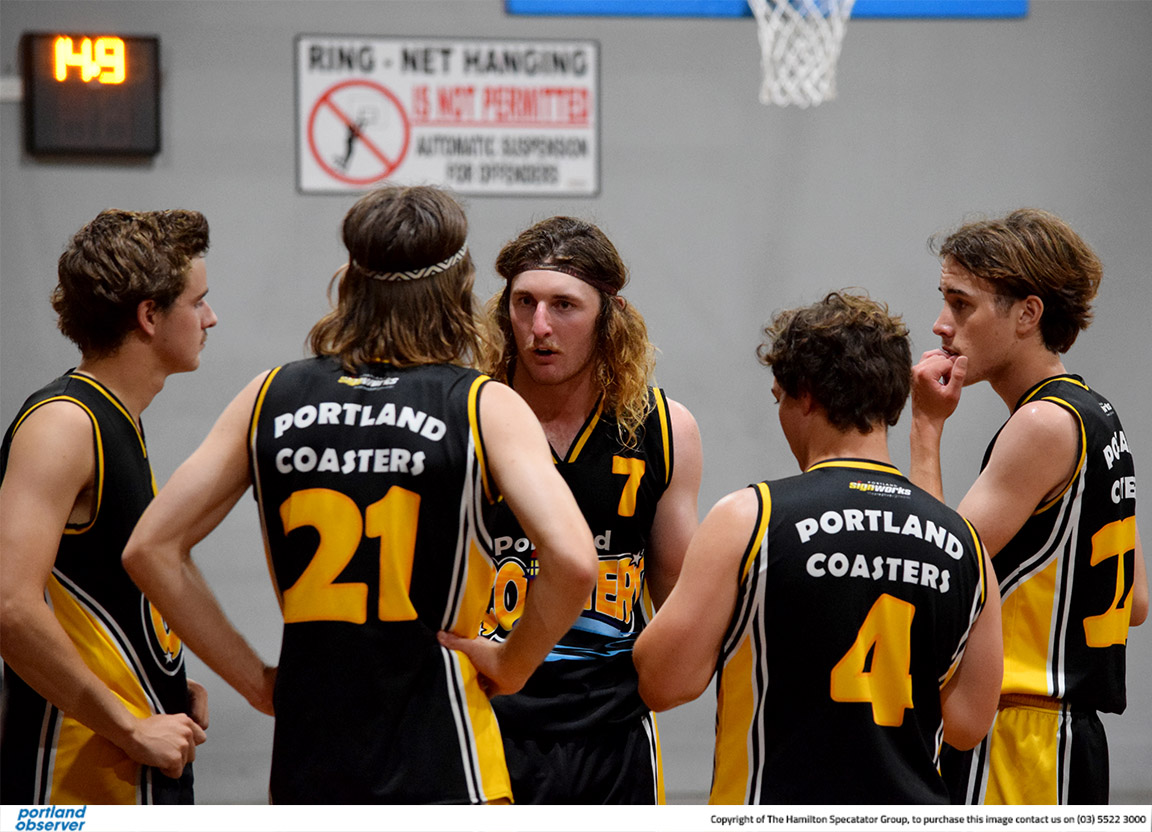 ALL or nothing: David Denboer (7) and his Portland Coasters will face Colac Kookas on Saturday in a CBL semi-final. Picture: OBSERVER FILES
By Samuel Ord

THE business end of the Country Basketball League season begins for Portland on Saturday night, hosting Colac Kookas in a second semi-final beginning at 7pm.

Portland finished the South West Men’s Conference season in second spot with three wins and one loss, with one round missed due to the Victorian Government’s snap lockdown.

Colac finished in third spot with three wins and one loss.

Saturday’s contest will be a David and Goliath styled battle between two contrasting brands of basketball – the Coasters with their abundance of short, hard-running guards, up against Colac’s top-heavy and tall starting five.

Portland coach Rebel Noter said all signs were promising heading into the final.

“The boys are feeling great, we’ve got our full roster available heading into our biggest game of the season so far,” Noter said.

“It wasn’t ideal to miss out on that game against Bellarine (and miss a chance at finishing first on the ladder) but at the end of the day I’m just happy that we’ve managed to put this shortened season together and play some basketball.

“The boys will need to get everything right in the lead up to the weekend’s game, and we’re going to stick with what we know works.”

The last time these two sides met was in round four on February 6, with Portland snatching an inspired 86-74 win on their home court.

After a modest start to the season Pat Burgoyne was a breakthrough performer with 21 points, while Nathan Hardingham was his consistent self with 17 points.

Jordan Lingard was the biggest thorn in the side of the Coasters, working hard for 24 points for the Kookas, while Matthew Lloyd chipped in with 16.

“That last game we played against Colac was clearly one of our best games,” he said.

“Everything we needed to do, we did.

“Execution is what I’m going to be emphasising over and over again. We need to be executing when the opportunities present themselves.

“We need to be driving hard and opening things up on the wings and when our outside shooters get an open look, they’ve got to hit that shot and keep our score ticking over.

“Colac are a tall team, plenty of six-footers available for them, something which we obviously lack.

“But we can counter that by pressing really hard on them, and we’ve got some defenders in this team that might not have the height, but when it comes to defending, they play tall and they are strong with their intensity and effort.

“With this shortened season, there’s no time for mixing with strategies – we know what’s worked for us so far and we’re going to be sticking with it.

“We just need to make sure we nail that execution.”