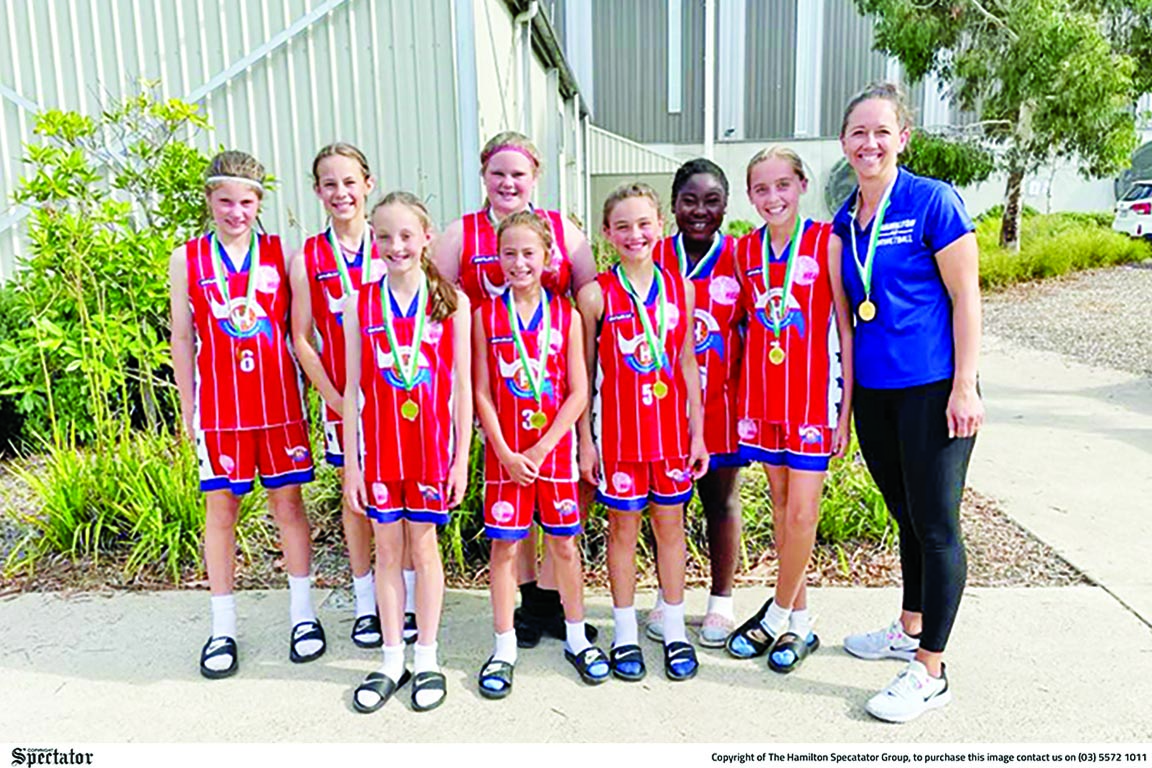 HAMILTON Hurricane’s Under-12 girls team finished runner-up at Colac over the weekend.
By Mitch Lang

THE Hamilton Hurricanes continued its squad season over the weekend, sending four teams to Colac for another weekend of junior games.