Celtix march on, 31 points for Peters 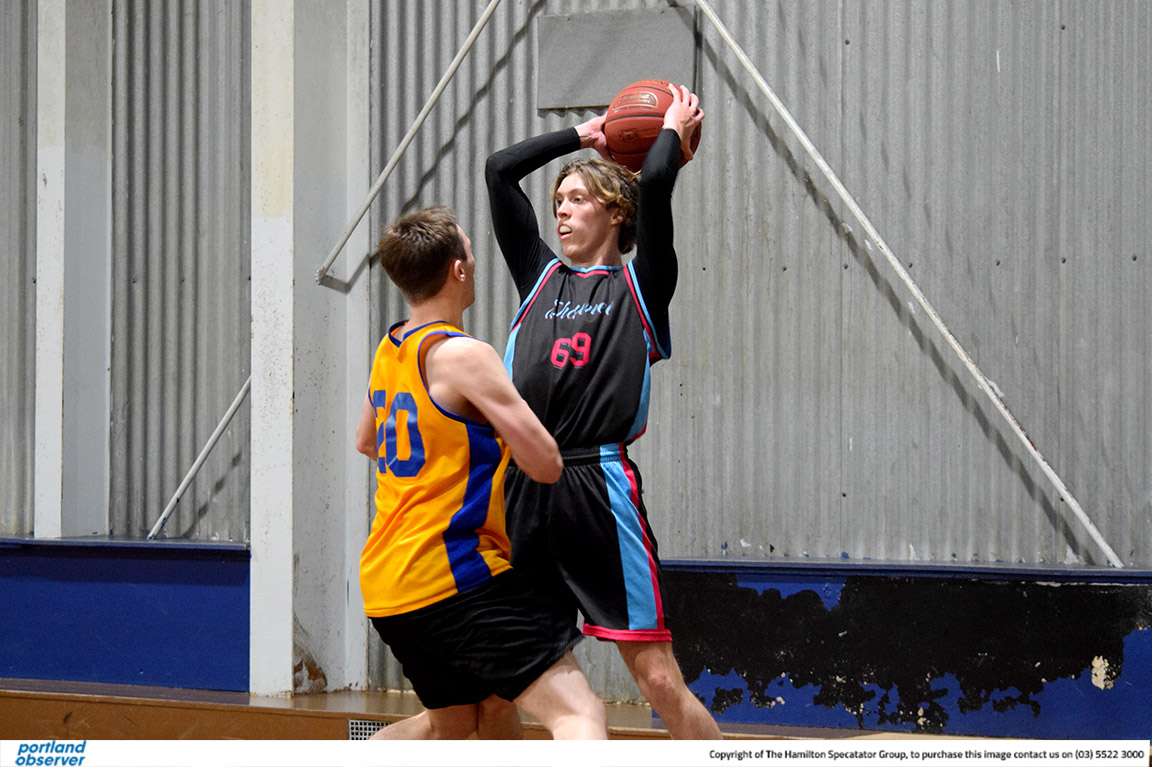 FINALS time. In the opening round of the men's finals, Flynn Chapman and his Shawnee Black side took on rivals Shawnee Gold. Pictures: OLIVIA COTTIER 10616OC10
By Samuel Ord

CELTIX have narrowly beaten Tigersharks Red in the first round of the Portland Basketball Association division one men’s finals, 49-43, on Wednesday night.

It was a return to play for basketball, after the three-week hiatus imposed by the coronavirus lockdown.

14-point performances from both Jackson Dunlop and Toby Oakley for Celtix, alongside 10 points from David Denboer and Will Hunter, were enough to see off Tigersharks Red.

Darcy Campbell put in a shift for Tigerharks Red, scoring 16 points, while Rufus Punton also scored 10, but it was not enough.

Celtix will now play first-placed Tigersharks Gold next week for a place in the grand final, while Tigersharks Red will play Shawnee Black, who also won on Wednesday.

Over half of Shawnee Black’s points were scored by a dominant Sam Peters, who scored 31 points in an entertaining battle with Shawnee Gold’s Aiden Rogers, who scored 27.

The PBA division one women’s competition played the final round of its regular season on Wednesday night,  confirming finals places for when they start next weekend.

Gleeson was helped along by double-digit performances from Jemma Nelson, Millie Jennings and Brodie McKinna, who scored 13, 12 and 10 points, respectively.

Tigersharks Red finished in fifth spot, below Tigersharks Gold, who they will take on in the first round of finals, while Celtix Green will play off against Celtix Blue.

Tayla Stock also scored 11 points for Celtix Blue, on their way to a 17-point victory.