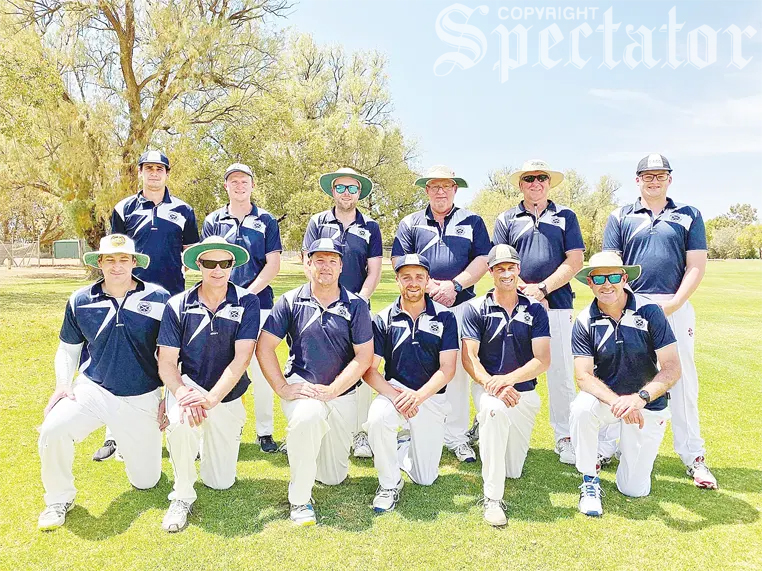 The club sent a team away to the annual Willowfest cricket carnival in Mildura from December 27 through to December 30.

It is the fifth time St Andrew’s have sent a side away to the tournament, having finished runner-up in its four previous campaigns.

Damien Logan captained the team which was made up of players spanning through the Drews’ A, B and C grade squads.

Game one saw the Hamilton and District Cricket Association club take on Barking Mad and it was a thrilling contest to kick-off the tournament.

St Andrew’s batted first and a half century from Matt Hill saw the team to a total of 5-104 off its 20 overs after Barking Mad bowled tight lines and made scoring difficult.

In reply, the Drews’ bowlers gave very little away, as Brendan Huf led the way with figures of 3-19.

Barking Mad finished with a total of 6-104, sending the game to a super over.

The locals were unable to start their campaign with a win, going down in the super over, sitting in third position after the opening game.

The following day, St Andrew’s took on Mildura East and after a loss to open the 2019 campaign, it appeared they had a point to prove.

Again, the team batted first and it was Hill who was in the thick of the runs again, scoring 43 before being trying to sneak in an extra run cost him.

In need of a good bowling performance, Latham Wishart put his best foot forward taking 3-10 off his four overs to help the Drews restrict Mildura East to just 8-87 and claiming a comfortable win.

In need of a win during its final game, St Andrew’s looked poised for a small total, but Logan stood tall at the back end of the innings with 33 to see the team set a total of 9-137.

A spot in the grand final was up for grabs for the Drews and they were just one good bowling innings away.

After Wishart claimed an early wicket for the locals., it appeared as if they were away, but the other opening Manna XI batsman, Connor Darby, was off to a flyer and looked as if he was going to single-handedly carry his side over the line.

Reaching 86, Aiden Sutherland claimed his wicket and once again, St Andrew’s were caught in a deadlock and set for its second super over in three days.

Fortunately, this time they finished on the right side of the result, defeating the Manna XI and finishing in second spot by just 0.02 percent in the net run rate column.

They would face the Manna XI for the second straight game and after a super-over to decide the last game it was a game that could go either way.

The Manna XI top order performed better during the final, losing just three wickets for the innings and posting a strong total of 163.

Logan was the best of the bowlers with 2-32 from his four overs, while Jayden Polaski also claimed a wicket.

St Andrew’s needed a good batting performance, but nobody in the top order was unable to stand up despite four of the top five scoring double figures.

Again, Logan would show his class, led from the front, scoring a match-winning 50, as St Andrew’s reached a total of 7-168 off its 20 overs.

The grand final win sees St Andrew’s claim the Willowfest T20 title for the first time in five attempts, a result the skipper was happy with.

“It definitely is pleasing,” Logan said.

“This is our fifth time taking a side to Willowfest spanning over a 10-year period.

“We seem to be able to make the final, but we have never before taken home the chocolates.”

The Manna XI and St Andrew’s played two thrilling encounters across the tournament, and Logan was pleased that Simon Van kalken was able to hit a four from the final ball of the grand final to ensure a win.

“The whole competition was closely matched, we played in two super overs for the week and the final looked like it was heading that way to,” Logan said.

Along with its team success, Huf and Hill were also named in the team of the tournament, due to their individual performances across the four games.

Hill was the competition’s second leading run-scorer with 133 at an average 44.3, while Huf made 57 runs while taking seven wickets in four games.

“It was really good to see them recognised for the weeks that they had,” Logan said.

Both were consistently among the runs or wickets.

“Our club now has five players who have made the team of the week for Willowfest which is a fabulous effort.”

Logan and his side also thanked their support staff for making the trip up to Mildura to cheer the team on through all four encounters.

“I just want to say a huge thank you to out support crew of families and partners who had a great week away,” he said.

The Drews typically head to Mildura every second year, but Logan admits a title defence could be on the cards.

“As we have been going every second year, next year is not on the cards, but you never know, the boys might get itchy feet and want to defend their title,” he said.