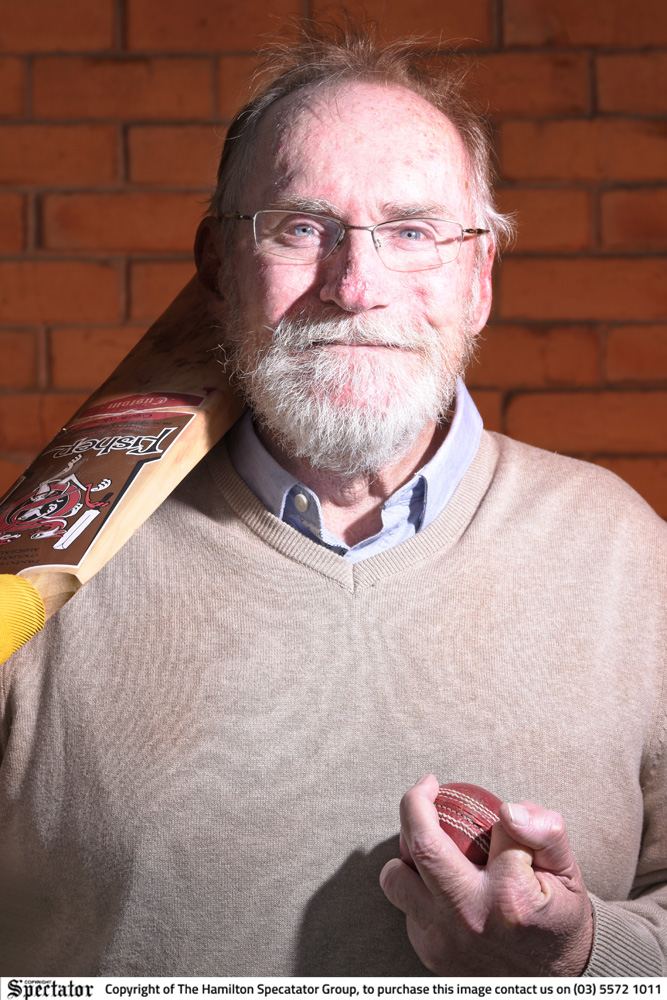 HDCA president, Lloyd Ilett, is excited about the upcoming season, one that will be like no other in history due to COVID-19 guidelines. Photo: CHRIS DOHENY.
By Chris Doheny

THE Hamilton and District Cricket Association (HDCA) was initially scheduled to get underway today with the first round of A grade games, but a decision last month pushed the start of the season back by four weeks.

The association is monitoring developments and has updated the fixture with each round set to be one-day games, but the availability of school grounds continues to be cause headaches and could prompt further changes, delaying the release of the updated fixtures.

Despite the issues and the late start, HDCA president, Lloyd Ilett said he was excited for the upcoming season.

“We were due to start today, but the clubs decided to move it back to October 31 and ratified the new start date,” he said.

“Clubs also decided to play all one-day games, so there will be 14 one-day rounds in all four senior grades.

“Personally, I am disappointed we are not playing two-day cricket, but I can understand why clubs made that decision.”

The association is currently working through a revised fixture for each of the senior grades after the Department of Education and Training announced no school ovals would be allowed to host games.

The changes mean some clubs might be forced to play additional away games, with the four grades providing scheduling difficulties.

With College Turf unable to be used, the Eagles will utilise Tarrington Recreation Reserve this season, while Grampians will move its home base to Monivae.