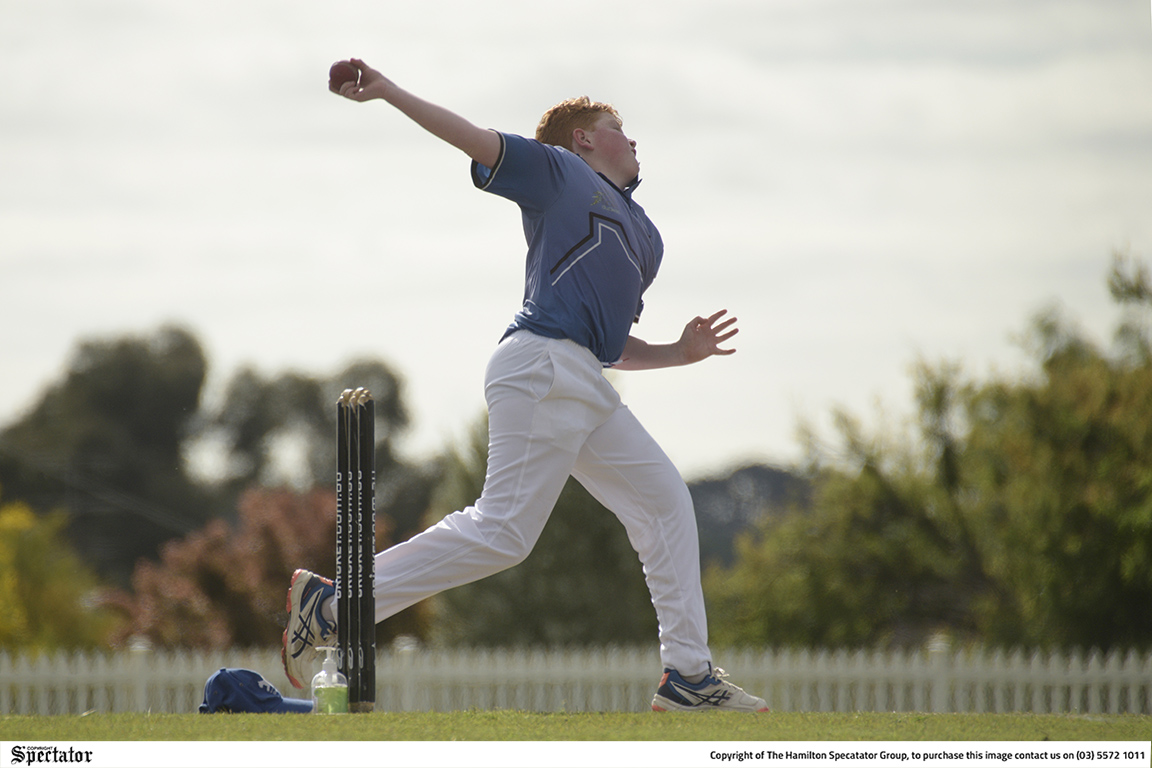 GRAMPIANS’ Eddie McShane held nothing back during the round one clash against College. Photo: CHRIS DOHENY.
By Adam Hill

COLLEGE wasted no time getting wins, defeating Grampians to open the Hamilton and District Cricket Association Under-16 season on Tuesday.

The Pumas won the toss at Monivae College and chose to bat first started nervously, as early wickets fell.

It was slow going, as Eddie McShane (seven) and Charlie Field (duck) struggled to create momentum in the early overs.

RSL hopeful parade will go ahead
14 hours ago