A big lead up to round one for local cricket 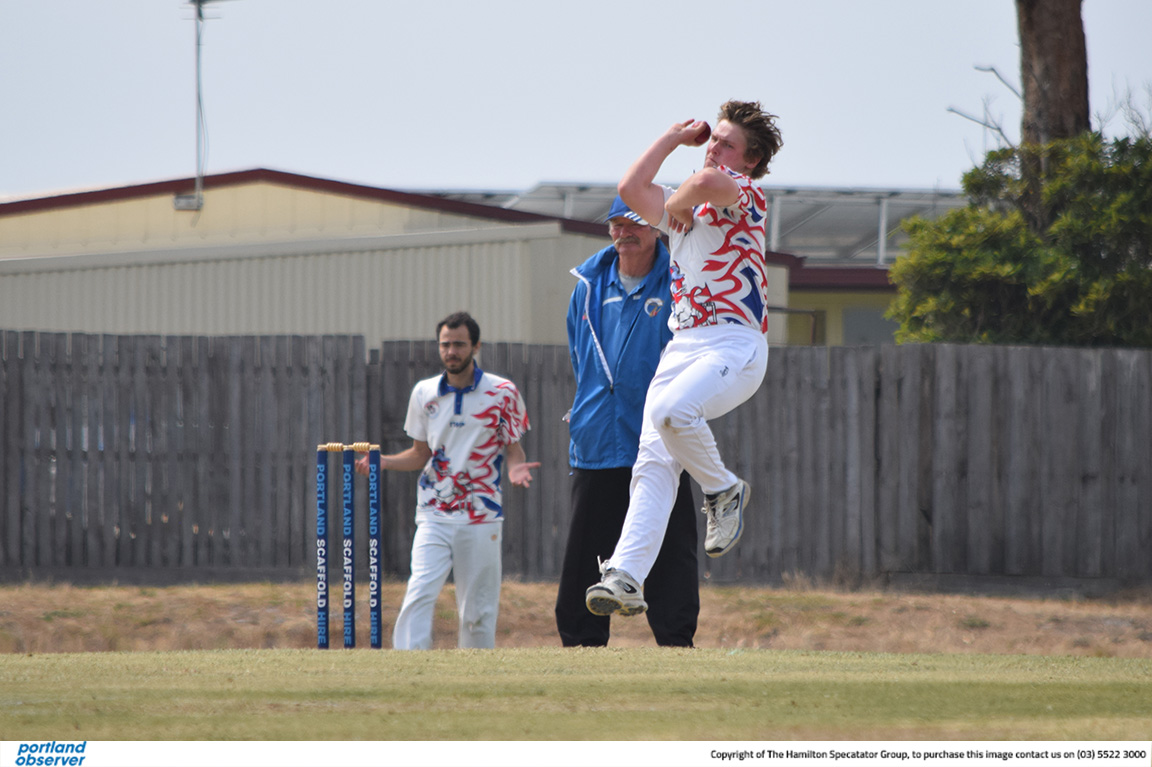 LACHIE Warburton will captain his first A grade game for South Portland tomorrow when they take on Portland Colts in round one. Picture: OBSERVER FILES
By Rani Kane

CRICKET action is back in town tomorrow for round one of the Portland and District Cricket Association season.

It will be a new look for the A grade competition with the two-day format ditched for a full season of 40-over one-dayers for the entire season, including finals.

It is a huge move for the association after traditionally playing a mixture of one-day and two-day formats during a season.

Five teams will vie for the A grade premiership with tomorrow’s big first round expected to set the tone for the season.

Reigning premiers Portland Tigers will have plenty to play for after their premiership victory came from finishing on top of the ladder for the season before finals were cancelled as a result of the coronavirus pandemic.

The young Tigers will take on Tyrendarra who will look to consolidate their line up after losing key players Sam Wilson and Mark Pitt to Port Fairy.

Tyrendarra will be captained by Jake Wilson this season with back-up from vice-captain Cam Mather, and both players bring plenty of experience to the side.

The Tigers side will remain largely unchanged from their 2019-20 line up with premiership captain Will Oakley ready to kick off their 2020-21 campaign.

“I’ve been really happy with how things have been going heading into round one even though it’s been a pretty different build up compared to recent years,” Oakley said.

“Numbers have been really good for training; we’ve had a least 20 players at most trainings.

“We’re a relatively young side and last season we had a couple of players that have taken some really big steps with their games.

“We’re really looking forward to it.”

The one-day format is also an aspect of the season that Oakley is looking forward to, to keep players involved and progress the game locally.

“I think the one-day format will be really good across the board,” he said.

“In terms of picking teams and player availability, I think it’s going to help get full teams each weekend and it doesn’t have to carry through to a second day.

“I also like the idea of getting a result at the end of the day, you walk away with a fixed result.”

The match will be played at Tyrendarra.

• Portland Colts will take on their first opponent of the season at Henty Park when they face South Portland tomorrow.

Colts have been consistent performers across many seasons with their experienced line up tough to combat.

Key players Matthew Payne and Glenn Hollis will again co-captain the side this year with their experience coming up against the youth of South Portland captain Lachie Warburton in round one.

Colts has a relatively unchanged line up heading into the 2020-21 season.

South Portland will be without the services of their former captain Ash Turney and opener Liam Walker who both returned to England after last season.

While South will look to rebuild their A grade side they have plenty of young talent coming through the ranks with Warburton and Mitch Arnold.

• Gorae-Portland have the bye in round one leaving them to wait until the second round to test out their line-up.

Josh Walker will take the lead as captain in the 2020-21 season after joining the team mid-way through last season.

While Go-Ports finished the season in fourth place last year their up and coming talent will likely make them tough contenders in the competition.

Farmer up for national rural women’s award
13 hours ago