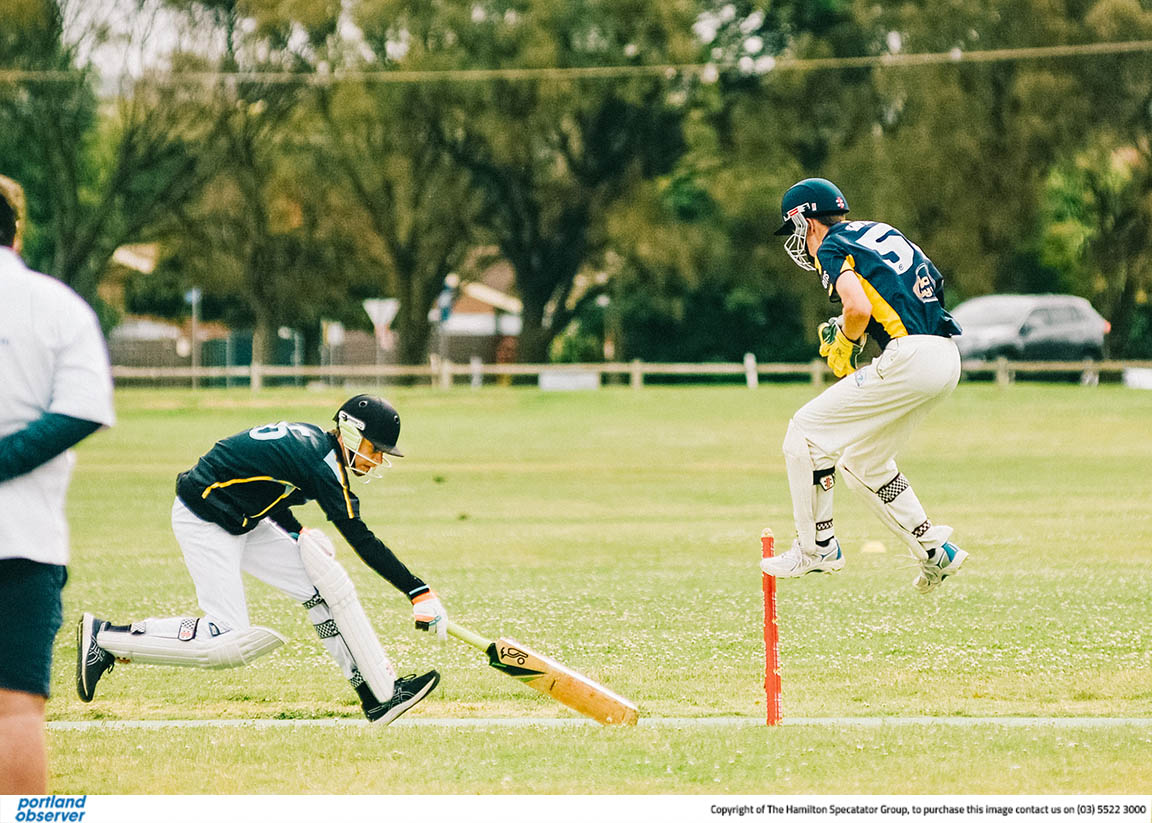 A CONTEST between the Portland and District Cricket Association’s first (Gorae-Portland) and second (Portland Colts) placed under-16 teams began at Henty Park on Tuesday evening. Colts’ opener Oscar Barbary (left) was in fine touch with the bat, working his way to 27 before eventually being run out by Go-Ports wicket-keeper Ethan Williams (right). Picture: KAREN HODGE 201215KH38
By Portland Observer

THE Portland and District Cricket Association’s under-16 competition began round four on Tuesday and at Cavalier Park, the match between South Portland and Portland Tigers came to an early conclusion.

Portland Tigers won the toss and decided to bat first, however the under-manned team would last just 19.4 overs before their innings came to an end at just 62 runs.