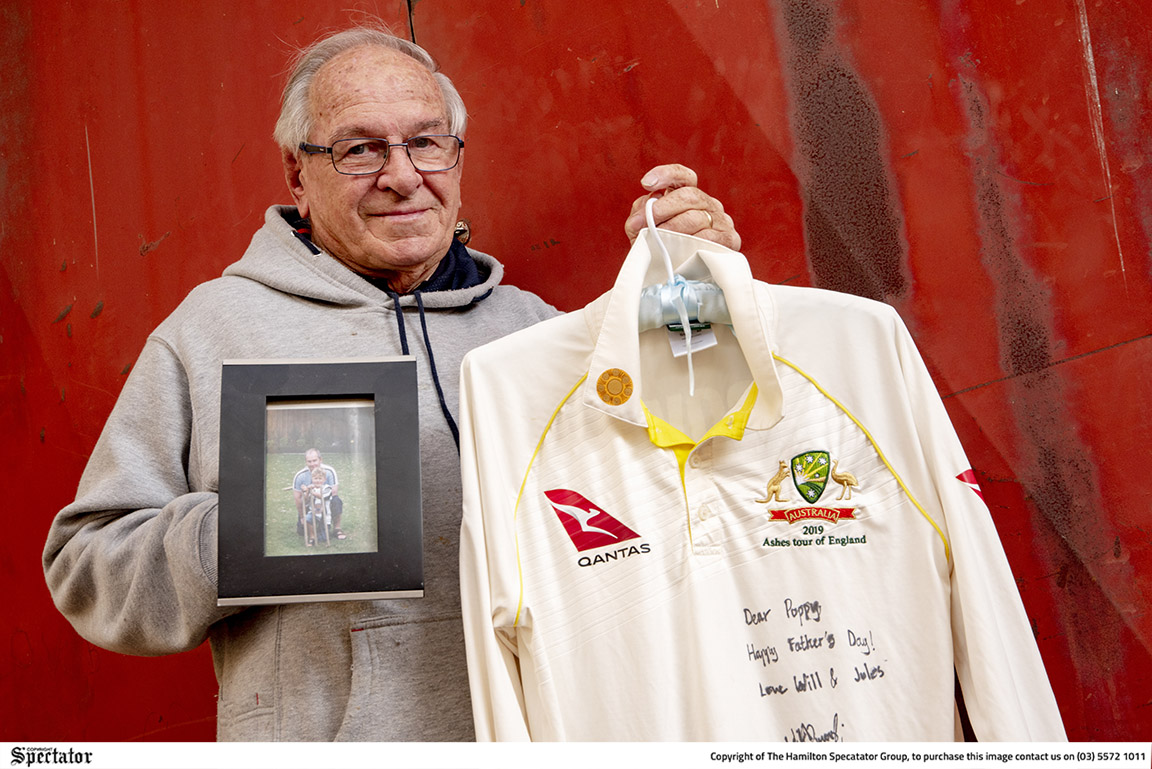 “JUST pure elation” is how a proud grandfather described Will Pucovski’s Test cricket debut on Thursday.

Hamilton’s Alan Dennett is Pucovski’s ‘Poppy’ and watched on from home, as the Victorian was presented with his baggy green with the test number 460.

As luck would have it, he did not have to wait long to see the debutante in the thick of the action, as Australia batted first with Pucovski facing the first ball of the innings.