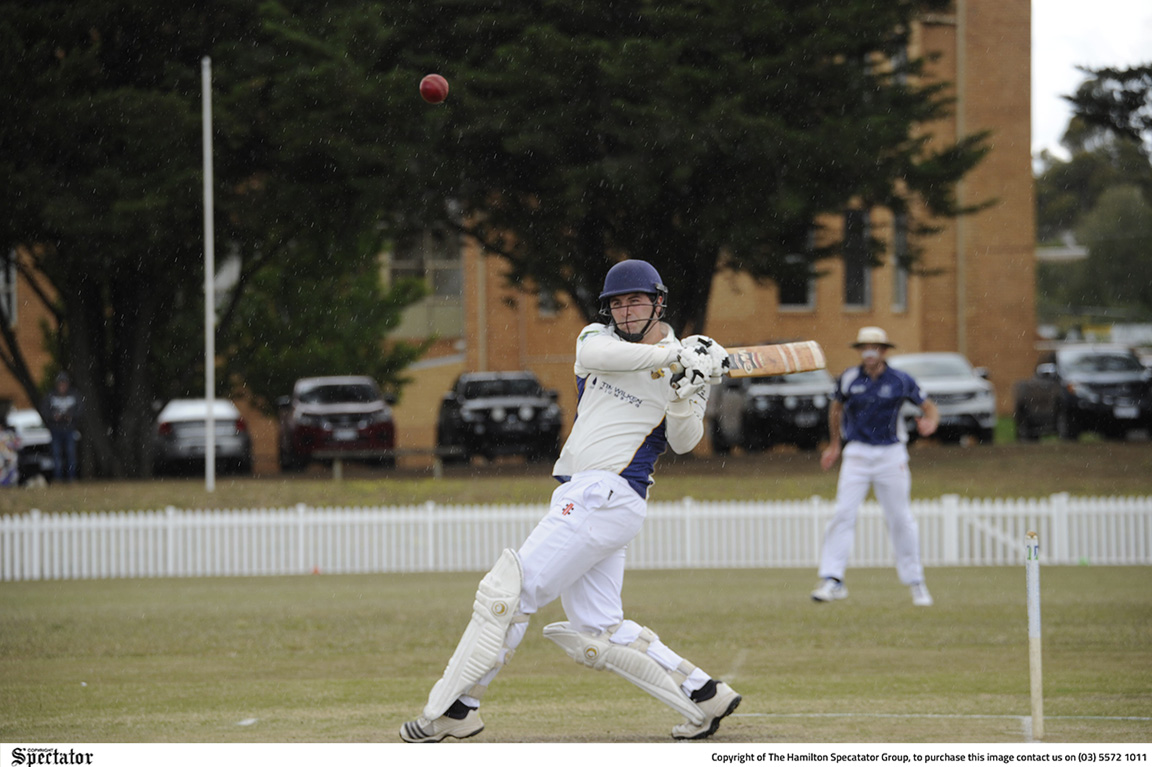 COLLEGE captain, Charles Murrie, will be hoping for another consistent performance when the Eagles host Hamilton today. Photo: LAUREN HAY.
By Adam Hill

COLLEGE will get its first taste of cricket in 2021 when it hosts Hamilton in a Hamilton and District Cricket Association (HDCA) A grade top four clash at College Turf today.

The Eagles’ round eight game against Byaduk was re-scheduled, due to a wet wicket, with the round nine match-up set to provide a tantalising clash between the third-placed College team and second-placed Blues.

College captain, Charles Murrie said the team will be fresh after an extra week off and is looking forward to the challenge against Hamilton.

“Every game is pretty important to us, Hamilton is a quality opponent and I am hoping we will be up and about for it,’ he said.