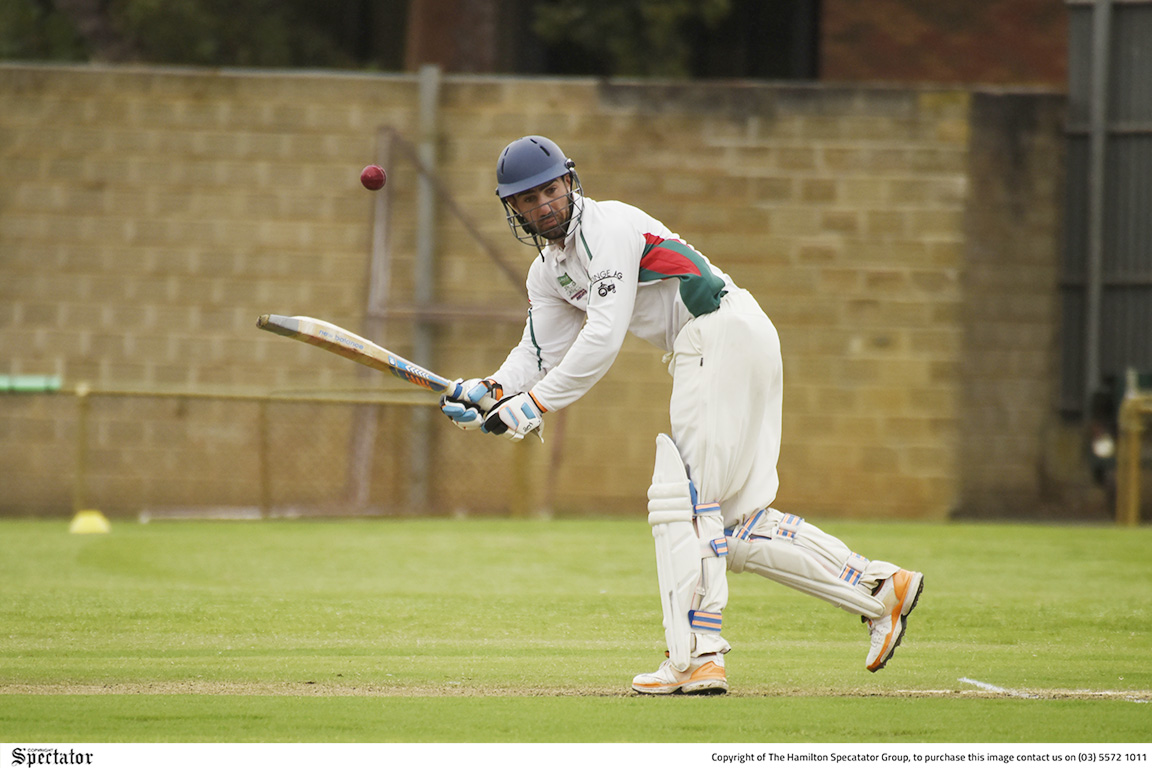 SIMON Close was influential for Pigeons Ponds with both bat and ball at the Sungold Cup. Photo: CHRIS DOHENY.
By Mitch Lang

PIGEON Ponds were faced with the big task of taking on the Warrnambool and District Cricket Association (WDCA) powerhouse, Woodford Eels, in the Sungold Cup at Davidson Oval on Tuesday.

Woodford has had nothing but success this season, already winning the WDCA Twenty20 and one-day premierships, so it was no easy challenge for the locals.

The Eels won the toss and opted to bat first, sending Luke Wines and Kory Butters to the crease.

After a good start from the Warrnambool team, it was Simon Close who claimed the first wicket, dismissing Howlett for 12.