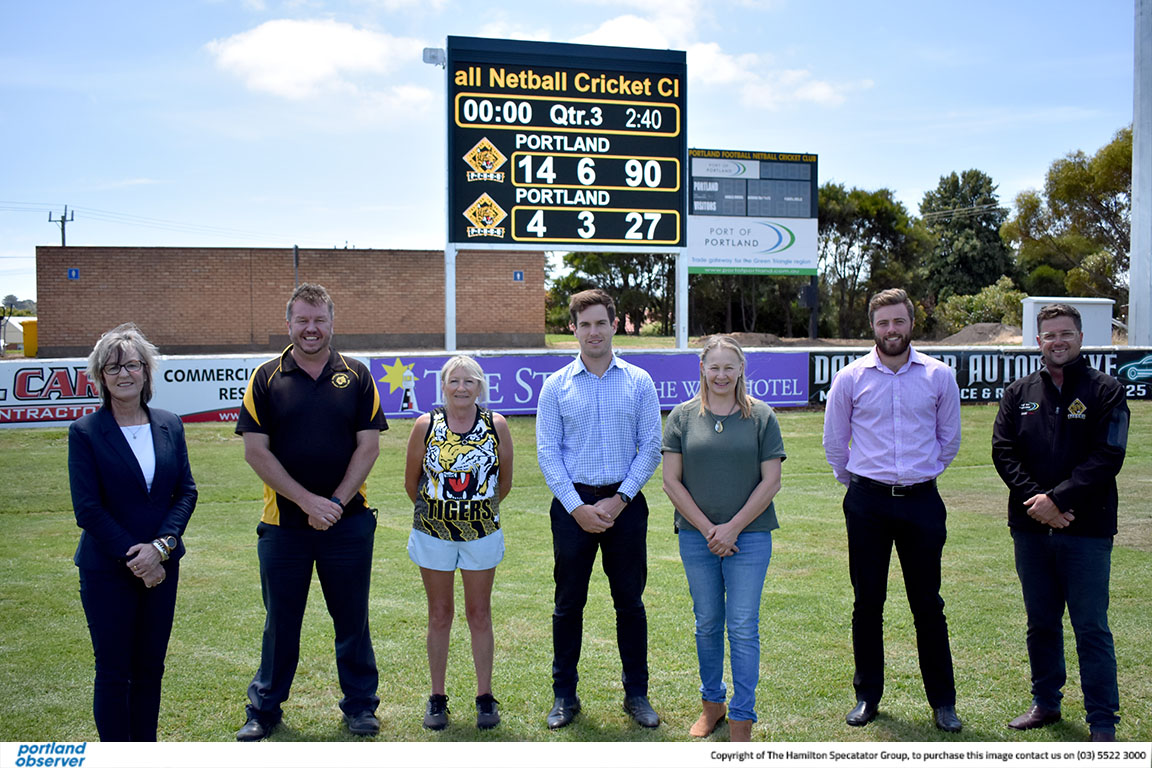 IT’S a case of lights, camera, action for the new scoreboard at Hanlon Park after the final touches were put on it on Friday.

The scoreboard will make its debut at the cricket on Saturday and features a large television screen that enables a range of uses, as pictured in Tuesday's Observer.

It can also show player profiles and promote advertisers, but on a more practical note also sees a range of tasks automated – for example the cricket scoring is a feed directly from MyCricket.

The Portland Football Netball Cricket Club hopes to expand on the range of uses in future – including the possibility of streaming live feeds of football games as well as movie nights.