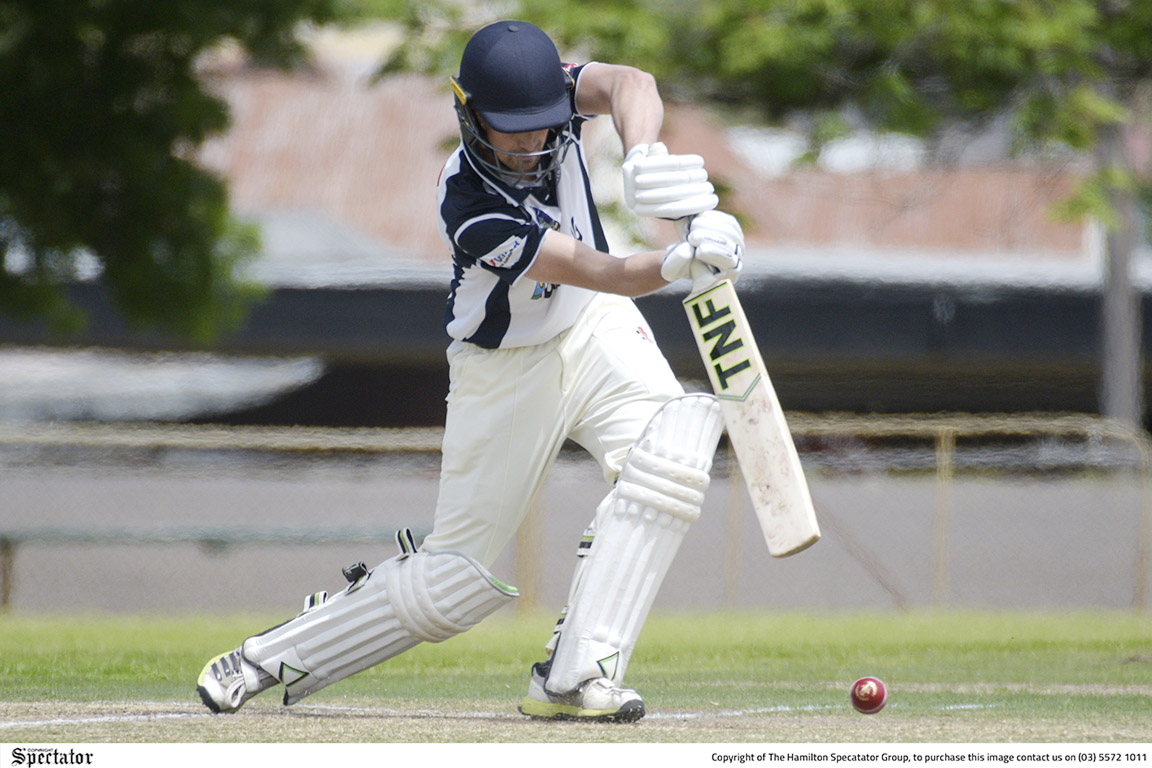 ST Andrew’s captain, Brendan Huf will be hoping to get among the runs for his side today against Casterton District. Photo: CHRIS DOHENY.
By Mitch Lang

IT’S sixth versus seventh at Melville Oval today, but for St Andrew’s and Casterton District, one team’s finals aspirations will be no longer after today.

Three wins separate both teams from fourth position and another loss today will make it pretty much impossible to make the final four.

St Andrew’s is the listed home team, again playing at Melville Oval, a ground Drews skipper, Brendan Huf, and his squad have become extremely familiar with.

Huf said Melville Oval is feeling like home and is hopeful to get back to the team’s usual winning ways like they have done so often before at the competition’s number one ground.

“Basically every game is a final for us now,” he said.